It has been an interesting week,  to say the least.    After doing some work in support of @DailyOutsider (including some of the Social Curation along with a new Newsbyte), I wanted to reflect upon this guidance on Start-ups.  In some ways, what #outsiders has been about is to whether it can live up to the key lessons outlined in Bill Gross' Admonition.  It is also a good primer for all to think about and reflect upon.    It was quite timely as #Outsiders continues onward--one thing that #outsiders is not short of is "passion".

It is a lesson to be learnt by all no doubt-and I for one want to send a special shoutout to +Peter Diamandis for this and all that he has done to transform the conversation about our World and our Future:

This week, I had a chance to sit down with my brilliant friend Bill Gross, the CEO and Founder of Idealab.
Bill is a startup guru… to say the least.
Over the last 25 years, within Idealab, Bill has come up with over 1,000 startup ideas and started 150 companies.
This blog is about some of the key lessons Bill has learned about entrepreneurship, turning ideas into companies, investing, and helping them succeed.

Idealab is the longest running technology incubator around today.
Founded by Bill Gross in 1996, Idealab has built an incredible ecosystem optimized to ideate, start, build, and grow great technology startups.
So far, their track record is unparalleled. Of the 150 companies they launched, 45 have now gone public or had M&A activities, and 45 are still active now. And, importantly, they've had 60 failures.
If you're familiar with the technology startup world, you know that typically less than 1 in 10 startups succeed.
Bill and I sat down to talk about the lessons he's learned over the years in my Abundance 360 webinar this week, and here are my top learnings…

As both entrepreneurs and investors, take these lessons to heart. They are based on a lot of experience.

1. It's easier when YOU are the customer.

When your startup company idea solves a problem that YOU have (and fundamentally understand), and you are the customer, it's going to be easier to reach "product-market fit."
YOU can be a good judge of whether you are meeting the need. Not someone else…
You can ask yourself: Am I winning at the goal that I have? Does this feel right? Would I use this thing?
If you aren't the customer, the alternative is having to constantly ask your prospective customers for feedback – not an easy thing to do accurately.

If you think you have a good idea, the first thing you should do is: test it!
At Idealab, the philosophy is: How do we test an idea as quickly, and as cheaply, as possible to see if people want it? In Eric Ries' excellent book, Lean Startup, it's called putting out a "minimally viable product," or MVP.
Here's the story behind one of Bill's 'minimally minimal' product tests…
Bill was in the process of buying a car. He thought that the old-school way of dealing with dealerships and retail firms was painfully slow and inefficient.
His idea: people might actually buy a car online. (A revolutionary idea back in 1998.)
So he tested it, bringing in entrepreneur Scott Painter to lead the test period and, in success, to be the CEO of the resulting startup.
Within 30 days, they'd launched a simple website that allowed users to configure and buy a car with a $1,000 deposit. What buyers didn't know is that they weren't actually buying a real car. Idealab had not developed the relationships with the car manufacturers needed to implement.
The website was just a front to test a simple question: "Would a prospective customer actually put their credit card into a web form to buy something as expensive as a car?"
The first night, their site sold four cars. The test had worked and the test site was shut down.
That concept became Cars Direct, which, in 2004, expanded into other markets and subsequently changed its name to Internet Brands. In June 2014, the company announced that it had been acquired by Kohlberg Kravis Roberts (KKR) for $1.1 billion.

As I've discussed with regard to Google's moonshot factory 'X', Idealab also believes in killing ideas quickly.
Bill explains, "We kill a lot of ideas. There is no risk to our people; nobody gets fired. In fact, people get praised when we kill something. We save a lot of money when we kill a bad idea."
It is so critically important that this notion is ingrained into your culture – otherwise, it will never work. Reward your people for finding ways ideas won't work before you invest heavily in them.

Equity is an extraordinarily powerful incentive – Bill believes everyone should have it.
All of the employees at Idealab have equity in the company, from the CEO to the receptionist.
Bill describes it as follows: "Equity unlocks human potential. It's not only about the money, it's about the feeling of ownership you have in a venture. When you have just a 1% stake in something, it changes the way you think about things. It incentivizes people to use their brainpower, to feel ownership in that thing's success."
I call this capturing "shower time mindshare." When people feel like they have ownership in an idea, they can't stop thinking about it. The more ideas your stakeholders contribute, the better off your chances are at succeeding.

5. TIMING is the most important factor in startup success.

This is probably one of the most important lessons from Bill's learnings.
In fact, I wrote a whole blog on it here.
To summarize: Bill investigated how five key factors affected the success of the 125 companies in his portfolio at Idealab and 125 companies outside of his portfolio.
The factors he considered were:
Of these 250 companies, Bill picked 10 in each category: five companies that turned into billion-dollar companies, and five that everyone thought would be billion-dollar companies but failed.
The question: Which of the five variables accounted more for successes?
What was the MOST Important Factor? TIMING.
Timing accounted for 42 percent of the successes relative to failures.
Team and Execution came next.
You need to ask yourself: Is the world really ready for my product right now?
Bill explains, "You really need to look at the signals and be honest about what they are telling you. Go out to market – test if people want your product. If there aren't enough people, hoard money and conserve momentum."
Sometimes if you are a few years too early, you can hunker down and wait until the market is ready…

6. Startups don't have to be in Silicon Valley – you can scale from almost anywhere these days.

Bill explains, "I really believe startups can scale everywhere. Talent is everywhere. Money is now everywhere. In Silicon Valley, talent is everywhere, but it's moving from company to company. Other places are actually much more stable to start a company."
Exponential technologies have democratized access to many of the resources you need to build a company. Great founders can build great technology companies all over the world.

7. Adaptability and flexibility are the most important characteristics of a good CEO.

When Idealab decides to pursue a new business, their greatest challenge is finding a CEO. So, as you can imagine, they have a lot of experience searching for and evaluating CEOs.
So what does Bill look for in his top candidates? Adaptability and flexibility.
He goes on, "Of course you need integrity, hard work, and smarts. But it is very much the case that the business that you start is going to be different than the one you build. If you are so obstinate and not flexible to what the customers are saying, you're not going to succeed."
Mike Tyson has a great quote in this regard: "Everybody has a plan until you get punched in the face."

When hiring people, interviews are tough ways to evaluate a person's skills, mindset and cultural fit.
Working on a project together is a much better indicator.
At Idealab, Bill says, "We really try to work with people. Sign someone up for 30 to 90 days, work on the project together, then see if there's a there there."

9. Passion should be the reason you do a startup.

It's cliché now, but it's just the truth – you have to be driven by passion or you won't be able to handle the complexities and hard times you'll face in building your company.
Bill agrees: "Personal passion should be the dwarfing factor in choosing a startup to do of your own. Every startup I've done has had heartache. You have to be so in love with the idea, with the solution, that you can tolerate almost anything to make it happen. I have no idea how you could pick a business based on analysis and not on heart."

As I also reflected upon this interesting week, I ran across this during my walkabout on Twitter which struck me big time:

Lessons to be learnt no doubt--as I wish all a great W-End.

Working Away: On A Challenging Week w/Thoughts On @DailyOutsider & #Iran

As I did some work supporting @DailyOutsider, I wanted to take comfort in some Thoughts I had in my digital archives to hopefully bring a bit of joy to all despite the profound challenges before us this week.   I was especially mad when I listened to the most recent broadcast of the Farsi Service of the Voice of America on the extent of the corruption in Iran including Iran being one of the top countries in the World for money laundering.   (The Broadcast is in Farsi)

Onward to the weekend 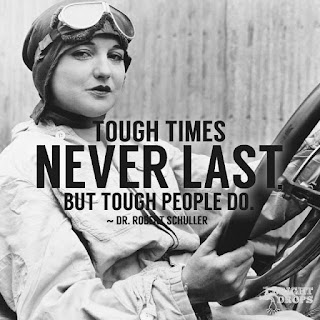 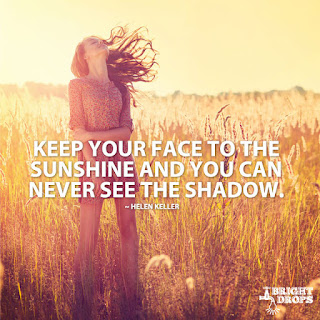 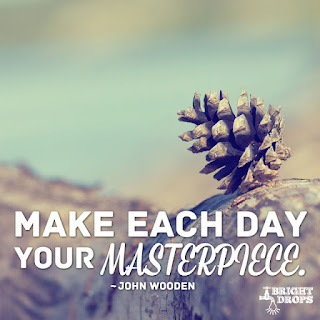 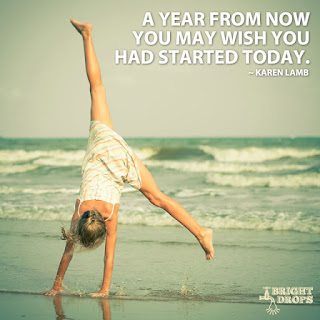 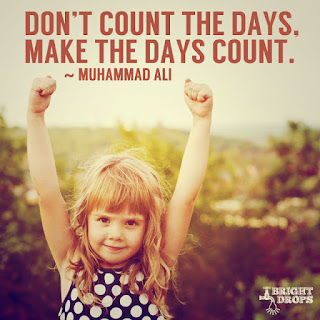 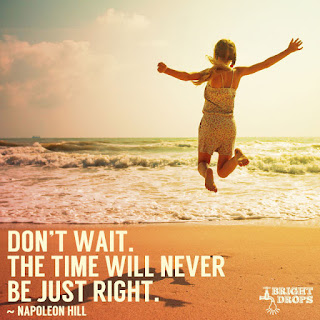 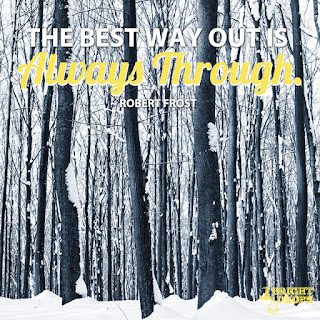 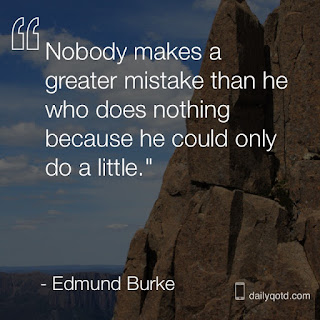 On the Occasion of my 230th Post: A "Thought For the Week" On #Success

I received this from one of my Walden Professors which I hope all enjoy as I wish all a fabulous Week!! 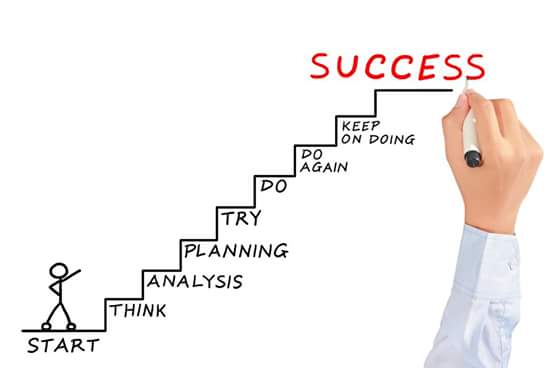