Mark Your Calendars For December! 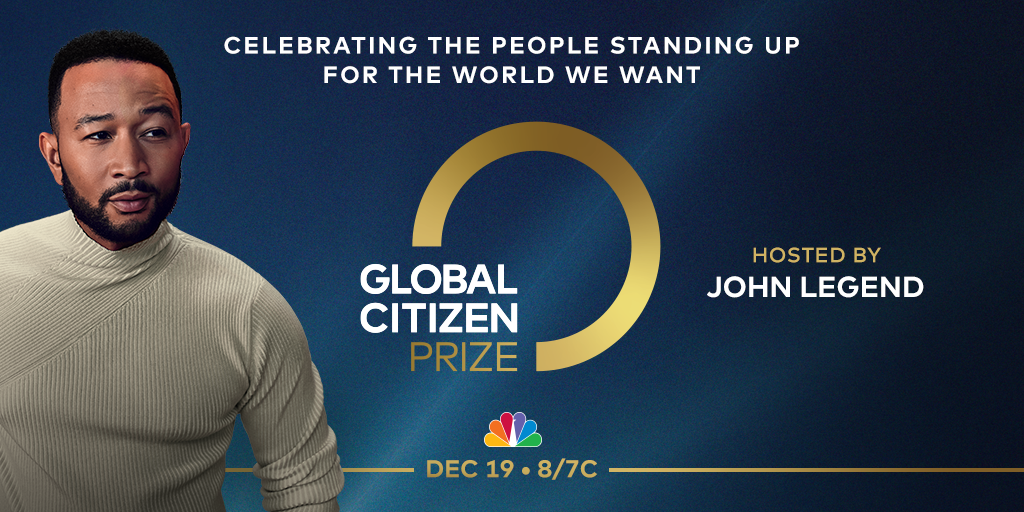 Global Citizen Prize recognizes the remarkable people among us who dedicate their lives to defeating extreme poverty.

Now, the inspirational award ceremony is back, with John Legend as host for a second year! Global Citizen Prize will broadcast and stream globally in December — starting with NBC on Dec. 19, and then airing in countries all over the world in the following days."

As well as honoring action-taking world leaders, Global Citizens, young people, artists, and more, the show will feature inspirational stories of human strength and unforgettable artist performances, reminding each of us that, together, we’ll come out of this year stronger.

Stay tuned in the coming weeks for more announcements about who will join us as performers, presenters, and even award winners, and how you can tune in wherever you are.

Before the show, we need your help! We’ve just launched a public vote to help decide who among three extraordinary young activists will be presented with the Global Citizen Prize: Cisco Youth Leadership Award, and receive $250,000 to support their organization.

Read about the three inspiring finalists here and tell us your favorite to help decide the winner.

Thanks for having your say, and stay tuned!

Learn More and Vote
No comments:

Notations From the Grid (Special W-End Edition): Conservative Political Analyst @BillKristol On If @realDonaldTrump Will Concede

Notations From the Grid (Weekly EditionI): On Technology, the Future of Democracy & the Week That Was

Our team chose this talk as our World continues to face profound headwinds as COVID continues to rage on, President Trump in the United States continues to challenge Election Results and Ethopia is faced with the prospect of Civil War.
Here is a snapshot of the World as it was this week:
No comments:

Notations From the Grid (Weekly Edition): A Flashback & A Sense of the Discourse re #Election2020 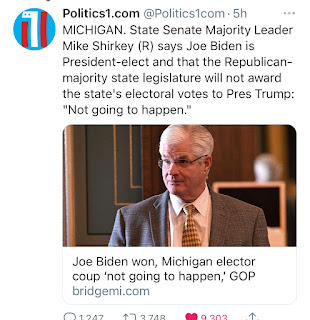 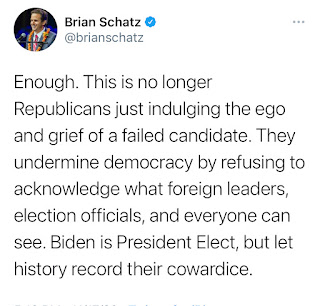 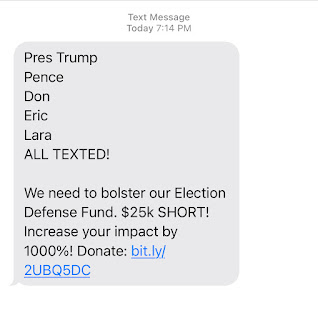 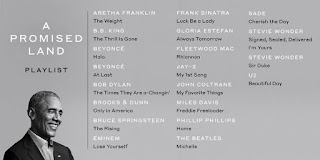 Notations From the Grid (Weekly Edition): A Brief Snapshot re: #Election2020 ((The Aftermath))

As a new week dawns, we hereby present a snapshot of all that happened over the weekend: 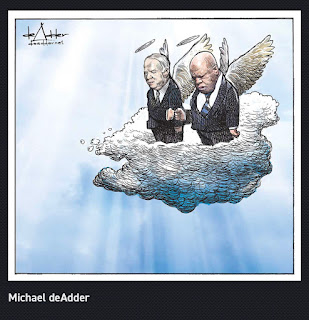 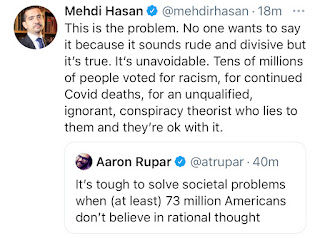 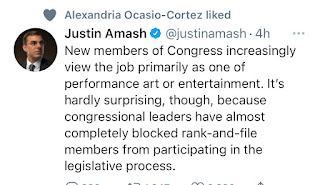 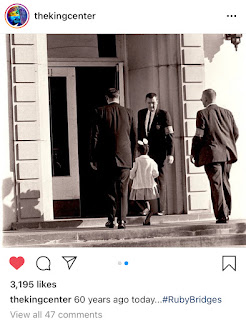 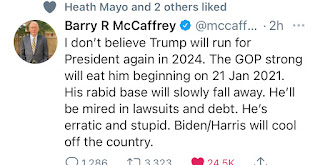 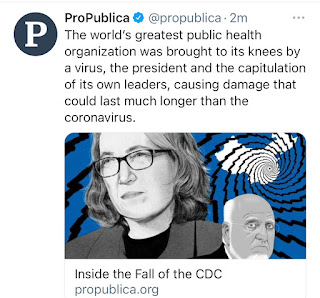 Notations From the Grid (Weekly Edition): On Elections in the United States (II)

We hereby present some additional thoughts on the Election Season in the United States:

Notations From the Grid (Weekly Edition): On Elections in the United States

As we went to press, Donald Trump is refusing to concede and is raising money to pay down campaign debt while mounting legal challenges throughout the United States.    World leaders have been congratulating President-Elect Biden with two notable exceptions:  China and Mexico.

The Secretary of Defense was fired yesterday and a number of other key officials also either resigned or were dismissed and loyalists were put in their place.   This is as the Trump Administration is refusing to cooperate on the Transition including the GSA Administrator, Emily Murphy, who has refused to sign a formal letter authorizing funds and office space.     The Office of the Director of National Intelligence has also refused to provide the President's Daily Brief to the President-Elect.

We hereby present a snapshot of the discourse over the past 24 hours : 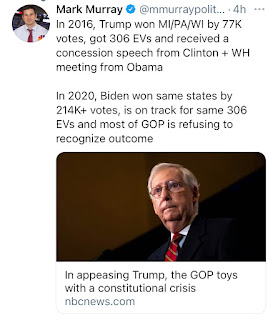 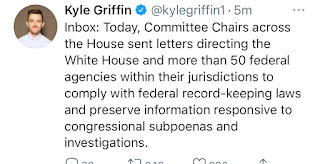 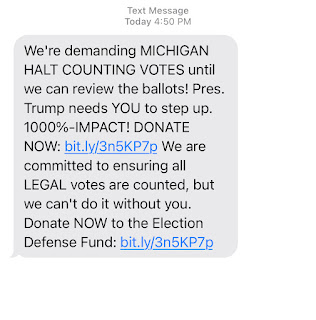 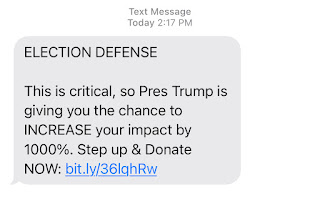 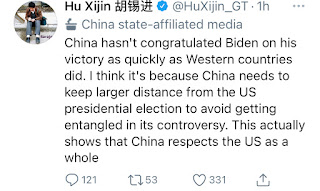 It is also  Veterans Day in the United States and Armistice Day in the UK.   We extend best wishes to all Veterans and salute them for their service.

Notations On Our World (Special #Election2020 Edition): On the Election of #POTUS46

US President-Elect Biden spoke to America and the World last night.  Congratulations have been pouring in from around the World as President Trump vows to continue the fight supported by The Republican Party leadership.   Our team will continue to monitor as we present a sampling of the World's reaction to the election of Joe Biden and Kamala Harris: 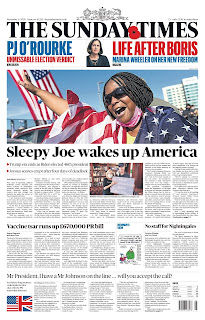 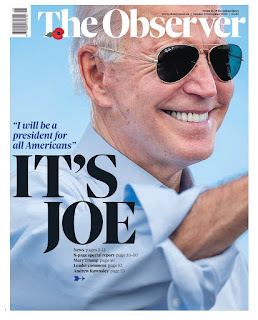 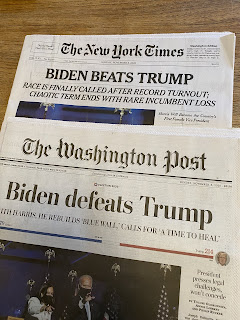 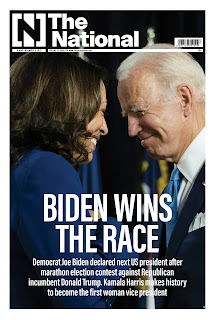 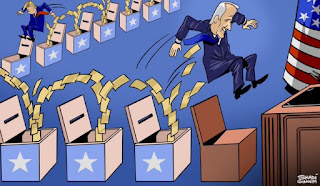 Notations On Our World (Special Edition): On #Election2020 & #ThePostElection As American Awaits

It is now the 4th day after the US Presidential Election.    Major US National Networks have been covering this gavel-to-gavel as all indications are pointing to a Biden/Harris Win as the Trump Campaign tries a last-minute legal strategy to undermine the elections.

We hereby present a snapshot of all the coverage as we await formal results and as COVID-19 continues to rage on in the United States: