Notations From the Grid (Special Month-End Edition): As November 2017 Fades Into History (with an Update).......

November 1963 was the month 54 years ago that John F. Kennedy was assassinated.    The images that was shared over Twitter was quite a scene to be witness to.      Our team picked this up which was the telegram by Dr. Martin Luther King Jr on his condolence message for Mrs. Kennedy that the Presidential Scholar Michael Bescheloss released to his Twitter Feed as the President was busy talking about something else over Twitter: 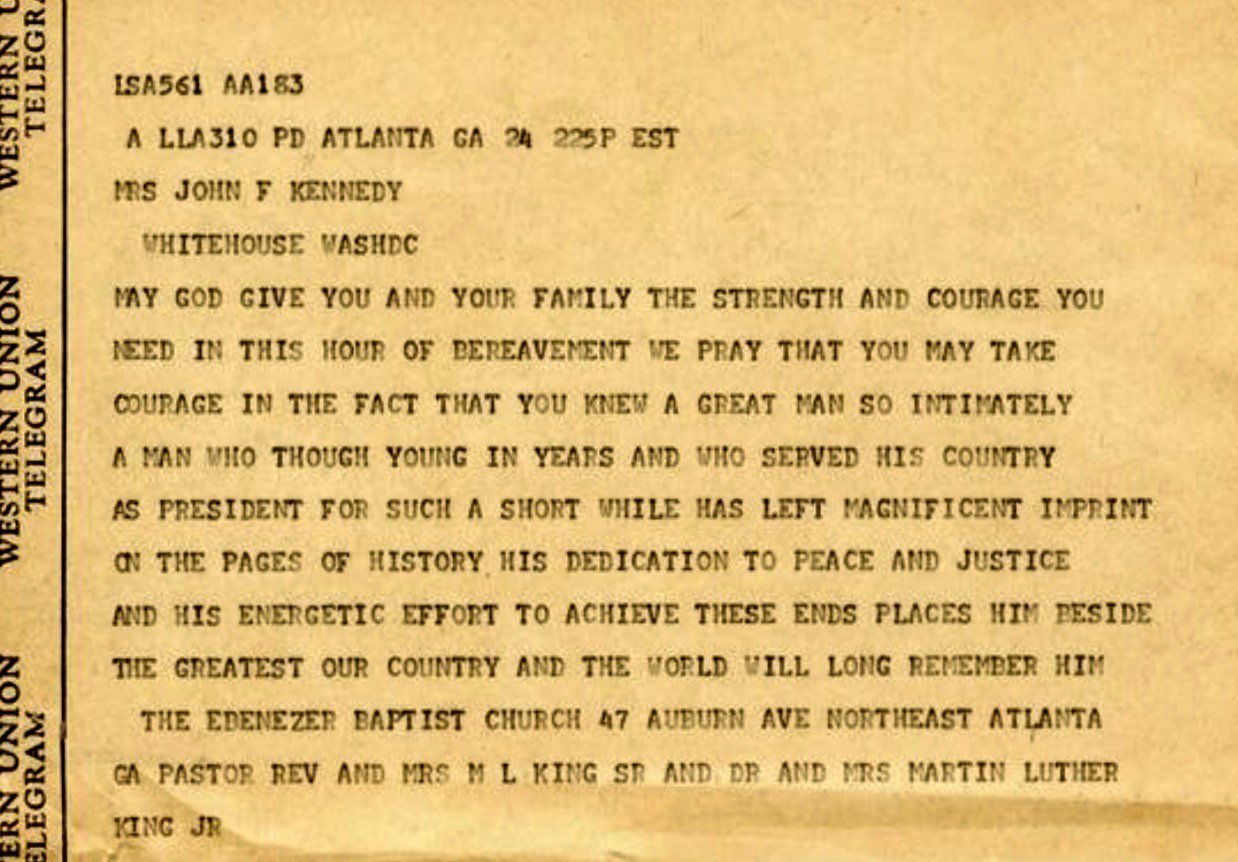 Dr. King was to fall to an assassin's bullet 5 years later along with Robert F. Kennedy shortly thereafter.

We also picked up this from our Founders' Archives about the need to be above it all: 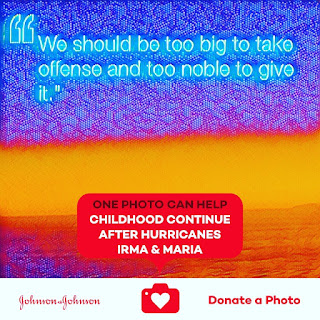 Our team was also profoundly concerned about the attacks on the Press especially as we've been witness to journalists killed in Mexico, cartoonists being imprisoned throughout Africa along with the continued detention of Al Jazeera's Mahmoud Hussein in Egypt that we've done our utmost to help keep his cause for freedom alive.    The following three tweets we chose were profound as the debate over Tax Cuts and President Trump's attack on CNN ensued as the subtle changes continue onward at the Department of Justice:

Yes the glorious year 1774: Back when only White men could own property, Black people were property, negligible labor costs, no standing army, no roads and infrastructure, no federal government, no Constitution, & no public utilities.

Dictators and despots the world over must be rejoicing to be witnessing the guy occupying the seat of president of the United States ridiculing CNN, calling their reporting “fake news” while simultaneously praising his defacto state-run outlet, the moon-landing-denying Fox News.
— Iran News Now (@IranNewsNow) November 25, 2017

This is Monday morning's story and could have real legs. POTUS hits not @CNN, but @CNNI in coordination with Putin regulating U.S. press overseas.

Clearly deliberate, but even posit if not, its gross malfeasance by an American President. https://t.co/d11pjWiJgq
— David Jolly (@DavidJollyFL) November 26, 2017


Libya, for instance, took its' cue from President Trump in criticizing CNN for saying that the reporting on the Slave Trade was #FakeNews even though it wasn't.

We close out November with this we received courtesy of the team at the New York Times that captures the profound challenges the United States Faces as the Tax Cut Bill works its' way through Congress and other profound challenges loom--as we went to press, for instance, we reviewed a call by a commentator at Haaretz to have the US Ambassador Fired as Southern Israel again was attacked and Israel hit back at Hamas targets--We could not help  but wonder what's actually left in Gaza which is for all intent and purpose the largest prison in the World:

Notations On Our World (Special Mid-Week Edition): On #ClimateCrisis & The Need to Change

One of the most profound challenges we have before us is the  challenge of the Climate Crisis:  It is real.   We here in Southern California, for instance, experienced a heatwave over the thanksgiving Week with records broken.     This is as we are faced with the challenge of how to feed a growing Population and how to adapt which was addressed by Raj Patel recently--one of the focus points we hope to build on during the new year as we formulate our strategic road-map here in #Outsiders: 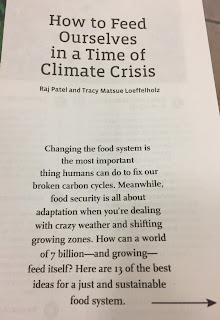 Our Founder shared this image with us he captured from Al Gore's Book about three questions that has helped to drive our work on Climate Change and our World in General: 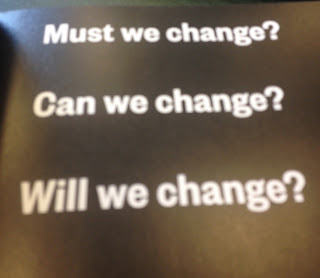 As we have reflected upon a very challenging World (underscored by the attack in Sinai over the Thanksgiving Week; the continued challenges of War and Poverty in World), our answer to the three questions is a resounding yes and our mission has been to help drive the conversation towards a sense of intelligent engagement which we hope to build upon during 2018.    A pivotal event at hand is before us which we are pleased to announce that we look forward to joining:

Notations From the Grid (Special Media Edition): @POLITICO Snapshot on the State of the Media

The Holidays have arrived in our Hometown of Laguna Niguel.     But, our journey of service continues!!!

As we are witness to the latest chaos in Washington with the leadership at the Consumer Financial Protection Bureau and continued debate over tax cuts, the state of the Media must not be discounted as we believe we have a vested interest here.   The team @Politico does a fabulous job capturing the "snapshots" of the past 24 hours and we here at the Daily Outsider, as students of Media & policy, find it a "Must Read".  For this special edition of "Notations from the Grid" we are pleased to feature it as we salute the Washington Post for having exposing James O'Keefe and of course lamenting the withering away of one of the venerable insitituions of our time, Time Inc:

Notations From the Grid (Weekly Edition) : Saudi Arabia Working to Assert Itself....

Our team has been on the prowl as the struggle in the Middle East is continuing and as we witness to to change in Zimbabwe as our World always fascinates as we work to live up to our mantra of Intelligent Engagement.

The New York Times' Thomas Friedman sat down with Mohammad Bin Salman on Thanksgiving 2017.   Mr. Friedman's Column is available in full by clicking here.   Our team wanted to feature his column with the image it captured above that is quite telling in terms of what he said as he deemed Khameini, Iran's Supreme Leader   the new Hitler of the Middle East.   This is as Saudi Arabia, the UAE, Bahrain and Egypt have increased the pressure on Qatar.    What was interesting (and amusing in our team's View) was what someone deemed this: A Press release by #MBS (that he's known for) sent forth through Thomas Friedman.     Mr. Friedman has done some interesting work and we have been a fan of his writings including The World Is Flat & Thank You for Being Late.  However, this praise of what #MBS is doing as Yemen continues to rage on , Freedoms continue to be problematic and of course the cold war between Iran and Saudi Arabia rages on--as Iran called #MBS "Weak-Minded" in response to his comments.   .    One of the victims is Lebanon as the Prime Minister returned to Lebanon and rescinded his resignation.  .   As Saad Hariri tries to figure out a path forward, we have seen reports that his family's construction business built on the largesse of the Saudi Royal Family is collapsing.