As A New Month Dawns: A Special Edition of "Notations From the Grid"

Our team picked this up from one of our Friends on Facebook while doing a "Virtual Walk-About" on as one of the divas of all time, Tina Turner, turns 77.     Some of her sayings hit home to members of our Team as we hope all enjoy!!

Our Team just ran across this from someone who has decided to become a true "ordinary face" by dedicating her life to teaching after 31 years at the Financial Times of London. We found it to be quite inspiring.

Make a Difference on #GivingTuesday 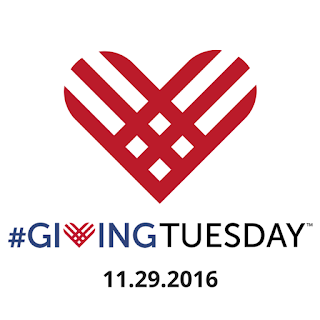 It’s time to set aside our differences and actually make a difference. Tuesday, November 29th is the fifth annual organized day of coordinated volunteering and philanthropy.

“ #GivingTuesday harnesses the potential of social media and the generosity of people around the world to bring about real change in their communities; it provides a platform for them to encourage the donation of time, resources and talents to address local challenges. It also brings together the collective power of a unique blend of partners— nonprofits, civic organizations, businesses and corporations, as well as families and individuals—to encourage and amplify small acts of kindness.”
https://www.givingtuesday.org/

Support groups that make a positive difference. Donate money, donate your time, spread the word. We will need groups like the ACLU, Planned Parenthood, and the Sierra Club more than ever. Find out what their lobbyists are doing, what laws they are supporting and opposing, and what good they are doing. Volunteer and you’ll not only help your group, you’ll also understand the causes, effects, and needs better so you can become a better advocate.

The #GivingTuesday website has links to ways to get involved. Registration is closed for this year, but it’s a good place to get started, get inspired, get active!
No comments:

Notations From the Grid (Week-End Edition): On This Thanksgiving Weekend 2016

As we celebrated thanksgiving here in the United States, what our team picked up on the Grid earlier (courtesy of reporting by +Al Jazeera English  gave us a true moment of pause to remember all that we're thankful for.  She is a 7-year old who began tweeting earlier this year with her Mother's Help on the plight of the ordinary faces of Aleppo as we just got reporting that the Syrian Regime's Forces have just taken two key districts in Aleppo as over 200,000 People are under siege:


If this does not give pause to us to remember all that we're thankful for, I don't know what does...FYI @GOP @realDonaldTrump #SyriaCrisis https://t.co/PAExawbzBu
— Mike Pouraryan (@mikepouraryan) November 27, 2016

Fear and Loathing in America. Over 66 Years Ago, One Women Had a Message For Today. It’s Time to Revisit Margaret Chase Smith’s Declaration of Conscience 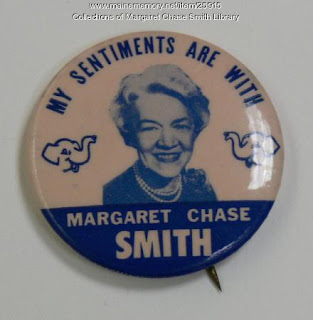 Read these quotes from a speech by Senator Margaret Chase Smith in 1950 (wait- weren’t those supposed to be the “Good Ol’ Days?”). Her Declaration of Conscience could/SHOULD be read today on the Senate floor. She was the first to confront Joseph McCarthy and his fearmongering team. Donald Trump’s campaign returned to those same methods to incite discontent, discord, division, discrimination, and disgust. Despite his earnest vow to be a President to all, some of his followers and potential cabinet members still are pushing for registries and for ending civil liberties for many.

Substitute the words Terrorist or Immigrant for Communist and it’s clear that many things haven’t changed since she gave this speech in1950 to warn the nation against Joseph McCarthy!

“As an American, I am shocked at the way Republicans and Democrats alike are playing directly into the Communist design of “confuse, divide, and conquer.” As an American, I don’t want a Democratic Administration “whitewash” or “cover-up” any more than I want a Republican smear or witch hunt.…

Today our country is being psychologically divided by the confusion and the suspicions that are bred in the United States Senate to spread like cancerous tentacles of “know nothing, suspect everything” attitudes.”…

Certain elements of the Republican Party have materially added to this confusion in the hopes of riding the Republican party to victory through the selfish political exploitation of fear, bigotry, ignorance, and intolerance. There are enough mistakes of the Democrats for Republicans to criticize constructively without resorting to political smears.
To this extent, Democrats and Republicans alike have unwittingly, but undeniably, played directly into the Communist design of “confuse, divide and conquer.” 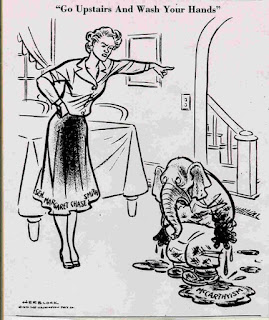 As the Senator from Maine, Margaret Chase Smith was the first to speak out against Joseph McCarthy and a divided Congress.  It was over 4 years later that Senator McCarthy was finally censured and stopped. Margaret Chase Smith’s Declaration of Conscience has a message that rings too true today. We need all representatives to act independently just as she did. President-Elect Trump appealed to many voters with his independent style and hopefully he will be able to see beyond the blue and red. We need to listen now. Why can’t we work together in a positive way, regardless of party?

“It is high time that we stopped thinking politically as Republicans and Democrats about elections and started thinking patriotically as Americans about national security based on individual freedom.
No comments:

On behalf of us all  here at the Daily Outsider, we wanted to say: 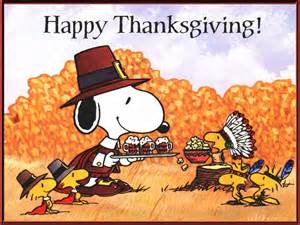 As we hope all enjoy the Pandora Thanksgiving Stations:

Someone to be Thankful for: Kareem Abdul-Jabbar is Awarded the Presidential Medal of Freedom

Someone to be Thankful for:

Kareem Abdul-Jabbar is Awarded the Presidential Medal of Freedom.

“One world does not have to mean one religion, just one belief in living in peace.” Kareem Abdul-Jabbar 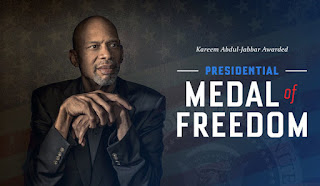 Kareem Abdul-Jabbar is one of  the greatest basketball players of all time, as most people are well aware. However, not everyone knows that he is also an intelligent, eloquent, and prolific writer who strives to enlighten and educate with his articles on race, religion, equality, and community activism. He is also a best-selling fiction writer and his Mycroft Holmes novel even led to a comic book series! He was appointed the U.S Cultural Ambassador in 2012. He is also a spokesman for his chosen religion, Islam. President Obama would probably have awarded him the Medal of Freedom just for his amazing basketball career. As a convert to Islam, he also is an ambassador for his faith.
“Part of my conversion to Islam is accepting the responsibility to teach others about my religion, not to convert them but to co-exist with them through mutual respect, support and peace"
The recent elections have created new focus on what it means to be a Muslim-American. Hate crimes, calls for bans on all Muslim immigrants, and talk of registries (Kobach had it in full view on his “to-do” list when he met with Trump) have become the center of attention.
“The acts of aggression, terrorism and inhumanity committed by those claiming to be Muslims have made the rest of the world afraid of us. Without really knowing the peaceful practices of most of the world’s 1.6 billion Muslims, they see only the worst examples.”


Kareem Abdul-Jabbar Why I converted to Islam


Clearly, the time to listen to Abdul-Jabbar is now. Maybe he can be the ambassador who builds a bridge for those who have a generic fear of Muslims. His latest book, Writings on the Wall: Searching for a New Equality Beyond Black and White explores other pressing issues that must be addressed in our country. Taking on these huge issues, Abdul-Jabbar has some big shoes to fill. But he's a big man and is up to the challenge.

Congratulations to a National Treasure. May his words touch many hearts.

View of the Week: On this eve of Thanksgiving Day 2016

On the eve of Thanksgiving 2016, we wanted to share this just received in our Virtual Studios on some interesting insights from +Stratfor as America and the World awaits profound changes in the aftermath of the election of Donald Trump (a focus of ours here at Outisders) and Brexit.   As we went to press, the UK Chancellor of the Exchequer (Finance Minsiter) announced that the United Kingdom will be faced with a 122 Billion Pound "black hole" due to Brexit as it begins the process of exiting the European Union--and the challenges in China:

China's Economy: Living on Borrowed Time
A looming debt crisis could make for a difficult year ahead for Chinese leaders. Sluggish construction growth and skyrocketing debt, coupled with sharp reductions in debt maturity periods, could cause corporate defaults and bankruptcies to spike next year. Although 2016 has brought stronger-than-expected growth to China's property sector, it has largely been concentrated in the country's wealthiest cities and has come at the expense of creating more available credit.

CRISIS WATCH
Hopes of a Cease-Fire Are Quickly Dashed
Though Yemen has always suffered from instability, its recent history has been especially violent. The Hadi's government has rejected talks with Houthi representatives over a peace deal.

ECONOMY
Cashing in on India's Black Economy
Modi decides the chance to reclaim tax revenues with a bold banknote swap is worth the political and economic risks.

Please enjoy these courtesy of +Pandora --We wish you and your families the most joyous of Thanksgivings: