Did Elvis Costello See the Future?

We here @Outsiders wanted to take this opportunity to welcome our newest Columnist, Nancy Doyle with her first Column here @ "The Home For #Outsiders: 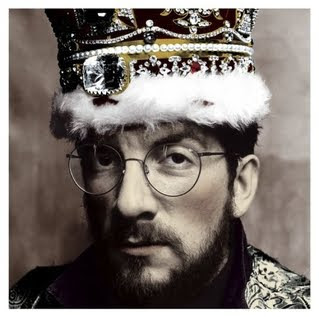 Did Elvis Costello See the Future?
A Musical Treat from 1986 is Too Spot-on Today

Thirty years ago, Elvis Costello wrote "Brilliant Mistake" for his brilliant album King of America. How could he have known it would be so appropriate today?
He's British, his wife (jazz genius Diana Krall) is Canadian. But they spend a lot of time in our USofA.

Watch and listen here!
Brilliant Mistake
He thought he was the King of America
Where they pour Coca Cola just like vintage wine
Now I try hard not to become hysterical
But I'm not sure if I am laughing or crying
I wish that I could push a button
And talk in the past and not the present tense
And watch this hurtin' feeling disappear
Like it was common sense
It was a fine idea at the time
Now it's a brilliant mistake