Notations On Our World (Special Q-End Edition): On #Iran, @EarthHour & Other Thoughts.... 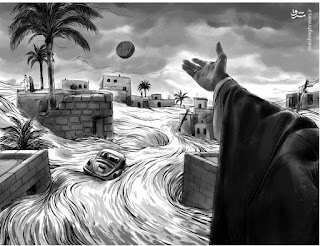 Iran has continued to deal with floods of biblical proportions.    As we have been assessing the Government and Civil Society response, we ran across an excerpt from the Supreme Guide of the country, Ayatollah Khameini, whereby he talked about how he stopped a major flooding by virtue of spreading some dirt from the tomb of Imam Hussein--a depiction memorialized in the headline image we captured from the Social Grid.   We joined others in asking why the same could not be done--and this was memorialized in the image above--as the realities, though as reflected below, underscores the continued story of utter  incompetence , lack of regard for the public good and corruption at all levels in spite of the reporting by the Regime's Media Outlets: 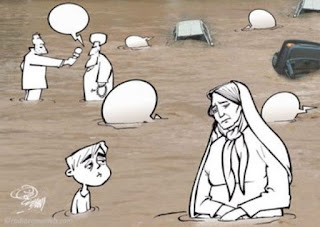 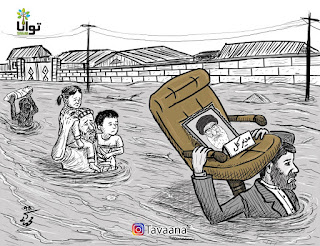 In spite of the horrific stories, we saw stories of the human spirit that was heartening--from ordinary folks opening up their homes, repairing cars to rushing supplies to the areas.    Our team was proud to profile this young child worker who donated part of his salary to help the victims of the flooding--he shines shoes in the Capital City, Tehran--the inscription we captured is courtesy of Tavana, the Iranian Civic & Cultural Organization in Farsi: 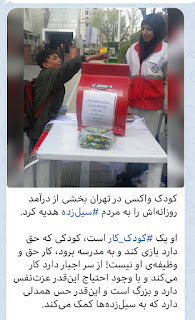 We were also quite shocked by reporting that the Supreme Guide had a recent meeting with the families of the Fallen of the War in Syria.   In our Research, we realized that Iran had dispatched a battalion of 15,000 Afghan Refugees to the Wary in Syria--and 2,000 of them had died as a result of the War.   This is another reporting we captured courtesy of Radio Farda, Part of the Voice of America Farsi Service: 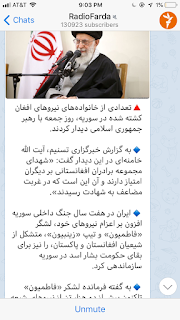 As we assessed the latest out of Iran, our team ran across this clip from the imprisoned Human Rights Lawyer and Campaigner, Nasrin Soutodeh: 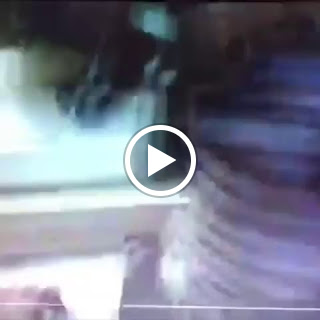 She has received a sentence of 38 years and 148 Lashes for charges that in our view are  not even worth mentioning.    Our Editor is in the midst of working to translate her most recent letter from Prison along with a tribute from the famed director, Jafar Panahi, which we will feature in our properties soon.   This Viral Video is from a recent visit she had in prison with her Son and Daughter--she's joking around with her Son as her daughter cries in the background.    One prominent Iranian-American referred to her as Iran's Nelson Mandela.   We could not agree more as we also pay homage to all the other political prisoners.

As we close out this final edition of Notations for The 1st Quarter of 2019, Earth Hour is before us as we will join the World in going dark for Earth Hour 2019 in tribute to all the fighters for justice and freedom around the World and for a better tomorrow: 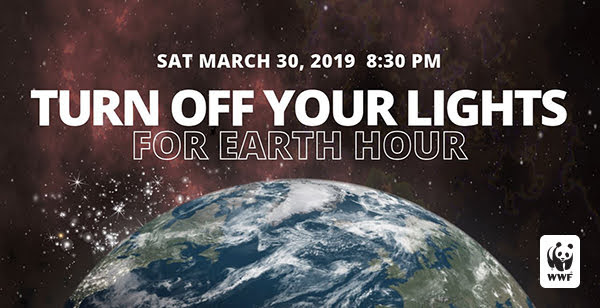 Notations On Our World (Special Friday Edition): Out & About in our World

We begin with this from Congressman Adam Schiff on his rebuttal to House GOP calls for his resignation--some compared this to what Joseph E. Welch did as he stood up to Senator Joe McCarthy as the battle continues over the Mueller Report--which we understand to be over 300 pages.   The President claimed vindication--even though the Barr Summary of the Mueller Report did not specify it in spite of claims by the President and his allies to the contrary.   This is as the Affordable Care Act (aka Obamacare) is now again under attack by President Trump with potentially 20 million people losing access to healthcare.

Beyond the shores of the United States, our team was assessing the latest out of Iran in light of the floods.   One telling image that made the Social Media rounds underscored the challenges: 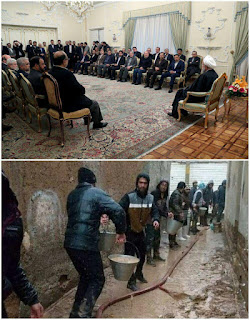 The top image was of a "meeting"--as the bottom one showed ordinary folks doing what they needed to do to make life a little better--in spite of a Government that allocates more budgets to so-called Cultural and religious organizations vs. the National Disaster--the budget for one cultural organization is 300 percent more than the entire National Disaster Budget as Iran had to deal with the nationwide disasters as it has.

This is as Venezuela continues to be in a state of crisis.   There were reports of blackouts again and Nicholas Maduro asked the people to pray.     Venezuela banned Juan Guaido from holding office for 15 years  and this was released by the White House to showcase efforts by the Trump Administration as we also salute the US Army Sergeant who was awarded the Medal of Honor:
No comments:

Notations From the Grid (Weekly Edition): Out & About With an Eye Towards the Future w/closing Thought Featuring @AOC 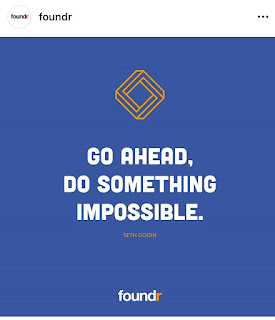 Yesterday our team chose a thought that underscores our Mission which we have made a commitment to helping to build--now pinned to our profile on our Twitter Channel, Ordinary Faces.   What was outlined below is a true vision of the possible which we will continue to assess as we pay tribute to Peter Diamandis for being the trailblazer that he is--as the cities are the future and the sooner we realize it and the sooner we reconcile with nature, the better--as the horrific scenes in Iran reflect as we also embrace Seth Godin with what he reminded us all of: 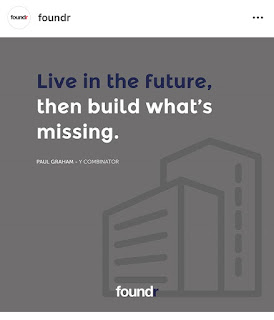 Colbert: All The Other Reasons Trump Is A Bad President 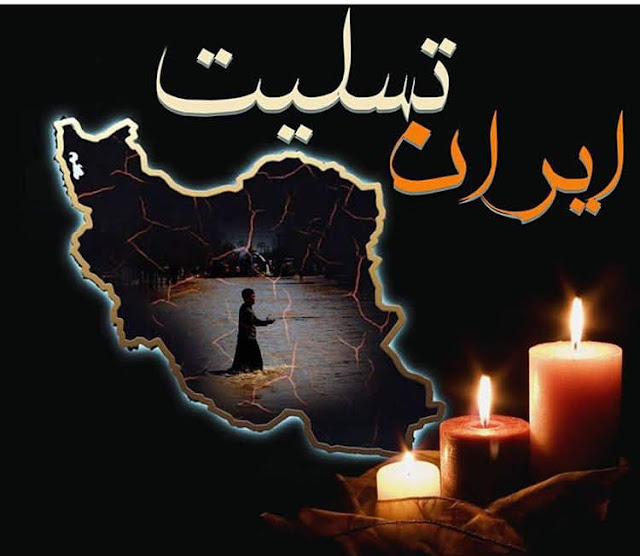 We here at the Daily Outsider extend our heartfelt sympathies to the people of Iran as they continue to deal with the storm of Biblical proportions.

Notations On Our World (Special Edition): On the Latest In the United States re @POTUS, #Obamacare & #TheWall 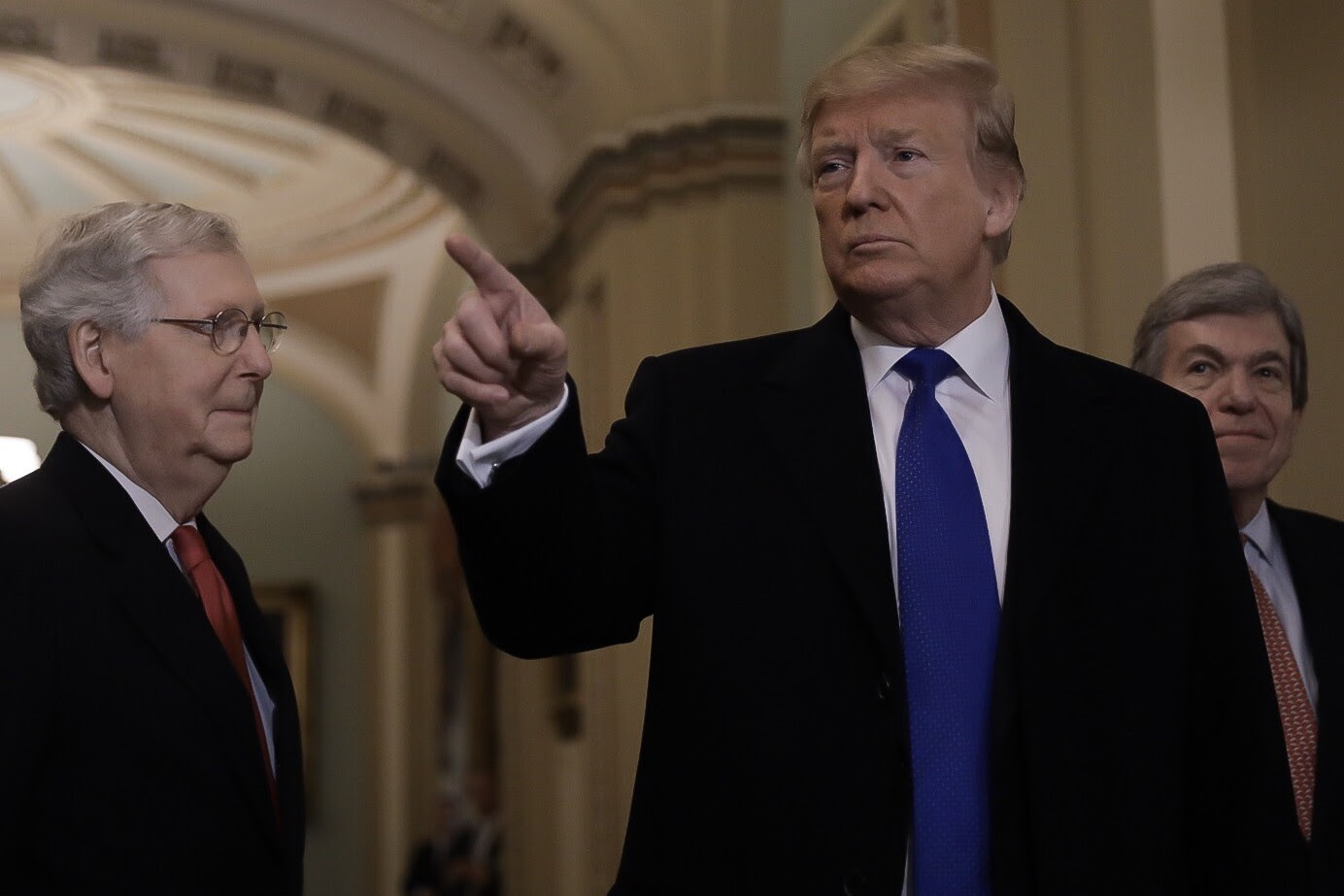 As we went to press, the US House failed in its' attempt to override the President's Veto of the Border Wall funding: