Notations On Our World (Special Edition): On the Passing Of Queen Elizabeth II 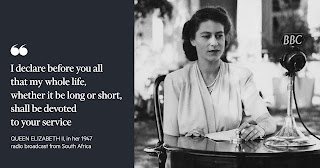 It has been quite a week in our World.   Our team decided to feature the Economist of London as we also remember Queen Elizabeth II who passed away as we looked back on the week that was:
The State Funeral is slated for Monday as 500 Dignitaries from almost 200 nations will be attending.
No comments:

On Our "Virtual Route 66" This Week: On the Week That Was 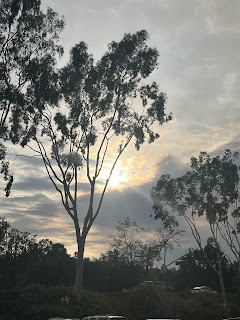 As a new week dawns, we look back at the week that was as we look forward to the continued privilege to serve:

Today, President Joe Biden’s administration released an  “economic blueprint” to show how the new laws and policies it has put in place “are rebuilding an economy that works for working families.”

The Biden-Harris Economic Blueprint notes that Biden and Vice President Kamala Harris took office in the midst of unprecedented crises, including “an economy that for many decades had been failing to deliver for working families—with workers and middle-class families left behind, stagnating wages and accelerating costs, crumbling infrastructure, U.S. manufacturing in decline, and persistent racial disparities.” In the past year and a half, it says, the Democrats have set the nation “on a new course,” investing in a historic economic recovery based on a long-term strategy to make lasting changes to the economy that will carry the nation into the future, making sure that no one is left behind.

The blueprint calls for empowering workers through unionization and new jobs; restoring the country’s manufacturing base by investing in infrastructure and clean energy; helping families by lowering costs and expanding access to affordable and high-quality health care, child care, education, housing, and so on; promoting industrial competition to open the way for entrepreneurs and bring down costs; and “rewarding work, not wealth,” by reforming taxation so that taxes do not go up on anyone who makes less than $400,000 a year, and that the wealthy and corporations pay their fair share.

This blueprint pulls together much of what Biden has been saying all along, and it is quite clear about what this means. What the blueprint calls “new architecture” must, it says, “replace the old regime.” The old system sent economic gains to the top while outsourcing industries, and the end of public investment hollowed out the middle class. The new system will drive “the economy from the bottom up and middle out” because that system “ensures that growth benefits everyone.”

While Biden and Harris are focused on the economy and the future, the Department of Justice is still handling crises created by the former president.

Yesterday the Department of Justice (DOJ) filed a motion to request a partial stay of Judge Aileen Cannon’s order last week, the one that said the DOJ couldn’t use the items the FBI seized when they searched the Trump property at Mar-a-Lago on August 8.

In her Civil Discourse newsletter, law professor, host of the Sisters In Law podcast, and former U.S. attorney Joyce White Vance explained that the DOJ has asked for that order to be stayed as far as it concerns the classified records. That request is separate from an appeal of the order itself to the Eleventh Circuit Court of Appeals, which the DOJ has indicated it will undertake. With the motion it filed yesterday, the DOJ wants the court to hold off on enforcing the judge’s order that the government can’t review and use the materials seized “for criminal investigative purposes,” and the part that says the government must turn the records over to a special master.

The DOJ pointed out that the intelligence community’s assessment of the damage done to our national security is tied together with the ongoing criminal investigation. Because the FBI is central to both, the judge’s order has shut down the national security review, which is vitally important to the country.

“In plain English,” Vance writes, “DOJ is asking how the guy who took the classified nuclear secrets he wasn’t entitled to have is harmed if law enforcement gets to look at those materials to protect our national security.”

The judge has given Trump’s lawyers until Monday to respond.

Meanwhile, at Just Security, Michael Stern points out that in Nixon v. GSA,  everyone—including President Richard M. Nixon—agreed that “the very specific privilege protecting against disclosure of state secrets and sensitive information concerning military or diplomatic matters…may be asserted only by an incumbent President,” suggesting that Trump has no grounds to assert executive privilege over the classified information seized.

Also today, Judge Donald Middlebrooks of the U.S. District Court for the Southern District of Florida dismissed a lawsuit Trump launched in March 2022 against Hillary Clinton and a number of his favorite villains alleging that “the Defendants, blinded by political ambition, orchestrated a malicious conspiracy to disseminate patently false and injurious information about Donald J. Trump and his campaign, all in the hopes of destroying his life, his political career and rigging the 2016 Presidential Election in favor of Hillary Clinton.” The people he was suing dismissed his lawsuit, saying, “[w]hatever the utilities of [the Amended Complaint] as a fundraising tool, a press release, or a list of political grievances, it has no merit as a lawsuit.” The judge agreed and demolished the 193-page lawsuit as lacking evidence, legal justification, and good faith.

The lawsuit rehashed the Russia investigation, which Trump used to great effect during his term to deflect investigations into his wrongdoing. Two investigations, one by an independent investigation by Special Counsel Robert Mueller and another by the Republican-dominated Senate Intelligence Committee, revealed that Russia had attacked the U.S. presidential election in 2020 and that the Trump campaign had, at the very least, played along.

But by using the machinery of government, including by putting loyalists into key positions, Trump reversed reality to argue that he was an innocent victim and that the investigators were actually the ones who had broken the law. He and his allies saturated the media with accusations that government officials, including FBI agents—many of whom he named in this lawsuit—were members of the “Deep State,” out to get him.

Trump is resurrecting this old trope at a time when he is in the midst of yet another investigation for which the evidence against him is monumental. Now out of power, though, he has had to turn to the courts and, interestingly, contrived to get this case in front of Judge Cannon, who was rushed onto the court with very little experience after Trump had already lost the 2020 election.

Civil Discourse with Joyce Vance
DOJ's Motion For A Stay Explained
DOJ filed a motion today that is a real doozie. It’s a class act offering of an off-ramp to a judge who is badly in need of one. First off, we need to understand what this motion is and what it isn’t. The motion is a request for a partial stay of the Judge’s order last week that prohibited DOJ from using seized items until a special master could review t…
Read more
a day ago · 445 likes · 56 comments · Joyce Vance

Peter Strzok @petestrzok
Trump’s lawsuit against me and many others just dismissed. The Court had some things to say.