Notations On Our World (Special Edition): Out & About in Our World as #GlobalCitizenFestival is About to Go Live!!!

“Fight if you must, work hard, give your best but never quit in the face of difficulty.” -Sanchita Pandey
As We bid farewell to the third quarter and gear up for the 4th quarter,  we are privileged to join in helping to spread the Word about Global Citizen Festival throughout all our virtual properties as we hereby present guidance from the team at Global Citizen on this--as we also send a shoutout to the team at The Mission for the fabulous graphic & admonition!!
Please enjoy as we join in saying--Onward to the 4th Quarter with all its possibilities....
Watch live coverage of the Global Citizen Festival on MSNBC and nbcnews.com/globalcitizen this Saturday, Sept. 29, beginning at 3 p.m. ET.

Stream the full festival live on YouTube, thanks to Johnson &amp; Johnson, starting at 3 p.m. ET on Sept. 29. Visit our channel to set a reminder. (YouTube will send you a notification when we go live.) We'll also be posting performances, speakers, and clips of world leaders making crucial commitments on our channel throughout the night, so you can go back and watch your favorite moments over and over again.

Stream the full festival live on Twitter, also thanks to Johnson &amp; Johnson, starting at 3 p.m. ET on Sept. 29. Visit our livestream page to set a reminder. (Twitter will send you a notification when we go live.) We’ll also be tweeting live coverage of the festival, so make sure give us a follow. Join the conversation yourself with #GlobalCitizen and #BeTheGeneration.
Read More: The Global Citizen Festival in New York Just Got More Accessible for People With Disabilities

Don’t go anywhere! We’ll be streaming the festival live on our website at the New York City festival page, starting at 3 p.m. ET on Sept. 29.
No comments:

Notations On Our World (Special Quarter-End Edition): Out & About..... 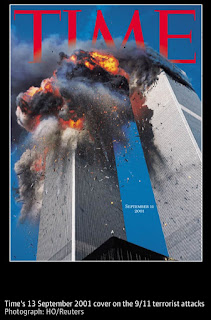 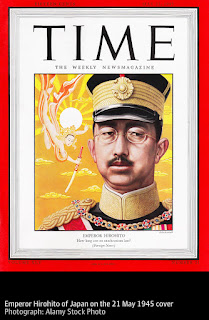 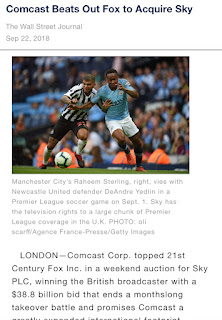 Our World was witness yet again to change this week as we were witness to an iconic American Brand of Journalism, Time Magazine, being bought by the Co-Founder of SalesForce.Com.   We also were witness to Comcast (The parent of NBCUniversal), buy out Sky of theUK.    Our team has featured the SkyNews live broadcast in our Live Broadcast POD in our Visions and Education Property and we hope that Comcast will continue its' commitment to maintain Sky's independence.

Beyond the changing media landscape, we have also been on the prowl assessing the on-going political scene.    The reporting by the New York Times on the Deputy Attorney General along with the controversy over the Supreme Court Nomination has been making the headlines in the United States.   However, what is going on in Europe with Brexit (as Britain will leave the Union in less than 200 days), is what happened in Salzsburg.   The European Union rejected the British Prime Minister Plan and British Papers had a field day over this: 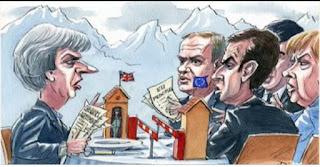 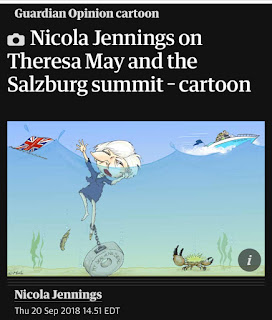 What the President of France noted was telling:  Those who were in favor of Brexit were liars.  It is interesting that a second referendum continues to be rejected as the British Prime Minister gears up for his Conservative Party Conference with potential leadership challenges--including her former Foreign Secretary and a leading Brexit Campaigner, Boris Johnson, who is apparently waiting in the wings in this regard.

As Europe continues to deal with Brexit and on-going Immigration issues, there is the Iran.    Iran was witness to a terrorist attack by an Iranian Arab Separatist Organization--although ISIS (also known as Daesh in the Middle East) claimed responsibility during a military parade which saw a number of civilians including children lose their lives.      The Government promised a crushing response: 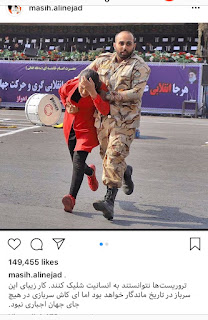 The Iranian President, Hassan Rouhani, is due to arrive in New York for the upcoming UN General Assembly Session that is slated to start this week.   An Iranian Human Rights Organization organized a Street Campaign to remind all of the Human Rights Record of the current Government in Tehran as a number of leading defenders of Human Rights including Nasrin Soutodeh (currently on hunger strike as we went to press with this final edition of Notations), Mr. Shoulesadri (a former Presidential Candidate, Member of Parliament and Attorney) and other continue to be detained: 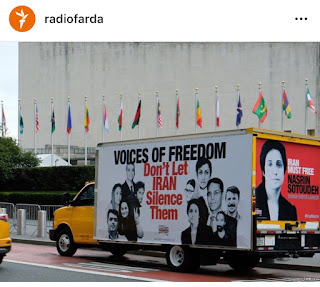 Notations On Our World (Special W-End Edition): On Disasters, #Florence & Being Prepared 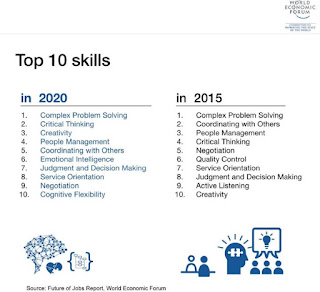 As the weekend looms, our team chose these two thoughts to underscore some of the key philosophies that has driven us throughout our tenure as we celebrate our latest anniversary of service.   We are grateful for the continued opportunity to serve!!

Please note this courtesy of the team at FEMA as the Carolinas continue to grapple with the aftermath of Hurricane Florence--the need to be prepared is every so critical as we wish all the very best of weekends:

Notations On Our World (@POTUS Edition): On The "Law and Order” President on Collusion and Kavanaugh: A Closer Look

Notations On Our World (Weekly Edition): On Breaking the Silence


For this week, our team chose this we received from a very courageous group of individuals who have tried to truly "Break the Silence".    We salute them: