Notations On Our World (Weekly Edition): Out & About on #Iran 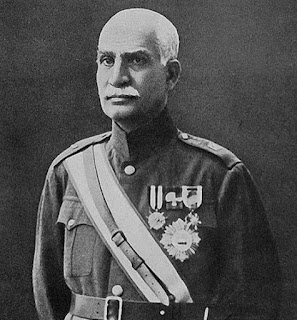 There was a birthday last week:   Reza Shah, the founder of the Pahlavi Dynasty and the man who transformed Iran overseeing the creation of the National Railroad, the Judiciary, Emancipation of Women, the University of Tehran, The National Road Infrastructure System and the Modern Iranian Armed Forces.

There were also some very disturbing news out of Iran:  The conviction of the Lawyer and Human Rights Activist Nasrin Soutodeh,the Winner of the EU Sakharov Prize: 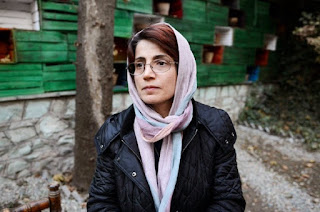 The Tavanah Organization captured her predicament and all political prisoners: 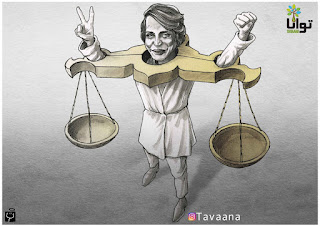 Iran also saw the installation of a new Judiciary Chief--implicated horrific murders 30 years ago and under sanctions by the European Union and we understand the United States.    The new Judiciary Chief has also received an appointment to serve as the Deputy Head of the Assembly of Experts--who is nominally charged with supervising the work of the Supreme Guide.    We remain amazed at the game of musical chairs by the current Iranian leadership as the Economy teeters on the edge of collapse on the eve of the Iranian New Year.    This past week also was witness to the Commander of the Quds Force--which is the Islamic Revolutionary Guard External Force and Under sanctions by the United States--honored by the Supreme Guide (also referred to as the Supreme Leader in the United States) the highest award of the Islamic Republic.    The Supreme Guide told him that he prayed for the Commander, Qasem Solemaini to attain martyrdom.    Gen Solemani was the man behind the travel by Bashar Assad to Tehran that triggered the resignation of the Foreign Minister, Javad Zarif that led headlines a few weeks back.   Tavanah again captured an interesting take on this: 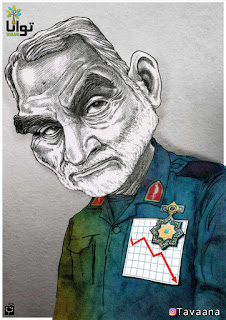 In our view, Iran awaits a very challenging year with economic uncertainty, widening budget deficits, protests that continue as the repression continues with no end in sight.    We will continue to assess it all as we extend best wishes to all Iranians, Afghans, Tajiks, Turks, Kurds and all others who celebrate the advent of Nowruz as Spring is in the air.