Notations From the Grid (Weekly Edition): On Our World.... 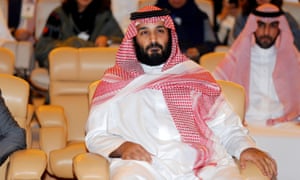 It has been quite a weekend in our World as the Crown Prince, Mohammad Bin Salman, has consolidated its' position after the creation of a committee on Corruption.   It is what Al Jazeera's Marwan Bashara noted as a "New Book" which is being written.    Mohammad Bin Salman (commonly known as MBS) is the future of Saudi Arabia as underscored below on our Twitter Feed over the weekend as especially there is clear indication that the Hariri Resignation which has been ordered by Saudi Arabia in the aftermath of what has been happening in Yemen.  This is also as the Paradise Papers  (as noted by the Guardian of London) were revealed directly implicating a number of close associates of President Trump (The depiction courtesy of DC Reports): 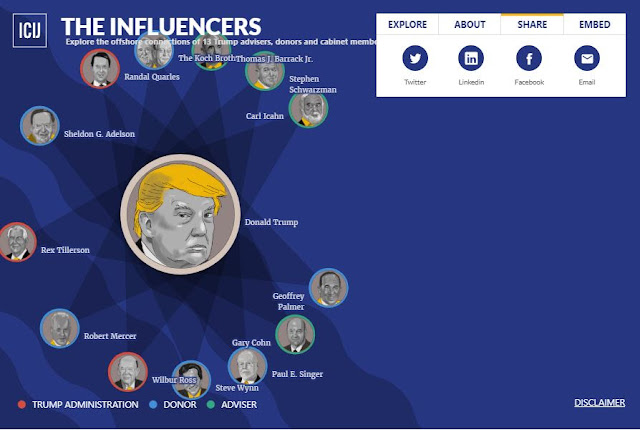 Despite the challenging time, we wanted to begin the new week with a bit of an upbeat assessment in Our World.   Change is at hand as underscored by these notations from Peter Diamandis.    We featured the live feed as it was live-but the highlights still critical as he noted how, "....It’s my pleasure to share with you 3 compelling ideas that came from our conversation..."  as:


1. The Nation-State Will Soon Be Irrelevant
Historically, we humans don’t like change. We like waking up in the morning and knowing that that the world is the same as the night before.
That’s one reason why government institutions exist: to stabilize society.
But how will this change in 20 or 30 years? What role will stabilizing institutions play in a world of continuous, accelerating change?
“Institutions stick around, but they change their role in our lives,” Ray explained. “They already have. The nation-state is not as profound as it was. Religion used to direct every aspect of your life, minute to minute. It’s still important in some ways, but it's much less important, much less pervasive. [It] plays a much smaller role in most people's lives than it did, and the same is true for governments.”
Ray continues: “We are fantastically interconnected already. Nation-states are not islands anymore. So we're already much more of a global community. The generation growing up today really feels like world citizens much more than ever before, because they're talking to people all over the world and it's not a novelty.”
I’ve previously shared my belief that national borders have become extremely porous, with ideas, people, capital and technology rapidly flowing between nations. In decades past, your cultural identity was tied to your birthplace. In the decades ahead, your identify is more a function of many other external factors. If you love space, you’ll be connected with fellow space-cadets around the globe more than you’ll be tied to someone born next door.
2. We’ll hit longevity escape velocity before we realize we’ve hit it.
Ray and I share a passion for extending the healthy human lifespan.
I frequently discuss Ray’s concept of “longevity escape velocity” — the point at which, for every year that you’re alive, science is able to extend your life for more than a year.
Scientists are continually extending the human lifespan, helping us cure heart disease, cancer, and eventually neurodegenerative disease. This will keep accelerating as technology improves.
During my discussion with Ray, I asked him when he expects we’ll reach “escape velocity...”
His answer? “I predict it’s likely just another 10 to 12 years before the general public will hit longevity escape velocity.”
“At that point, biotechnology is going to have taken over medicine,” Ray added. “The next decade is going to be a profound revolution.”
From there, Ray predicts that nanorobots will “basically finish the job of the immune system,” with the ability to seek and destroy cancerous cells and repair damaged organs.
As we head into this sci-fi-like future, your most important job for the next 15 years is to stay alive. “Wear your seatbelt until we get the self-driving cars going,” Ray jokes.
The implications to society will be profound.  While the scarcity-minded in government will react saying, “Social Security will be destroyed,” the more abundance-minded will realize that extending a person’s productive earning lifespace from 65 to 75 or 85 years old would be a massive boom to the GDP.
3. Technology will help us define and actualize human freedoms.
The third dangerous idea from my conversation with Ray is about how technology will enhance our humanity, not detract from it.
You may have heard critics complain that technology is making us less human, and increasingly disconnected.
Ray and I share a slightly different viewpoint: that technology enables us to tap into the very essence of what it means to be human.
“I don’t think humans even have to be biological,” explained Ray. “I think humans are the species that changes who we are.”
Ray argues that this began when humans developed the earliest technologies -- fire and stone tools. These tools gave people new capabilities, and became extensions of our physical bodies.
At its base level, technology is the means by which we change our environment, and change ourselves. This will continue, even as the technologies themselves evolve.
“People say, ‘Well, do I really want to become part machine?’ You're not even going to notice it,” says Ray, “because it's going to be a sensible thing to do at each point.”
Today, we take medicine to fight disease and maintain good health, and would likely consider it irresponsible if someone refused to take a proven, life-saving medicine.
In the future, this will still happen -- except the medicine might have nanobots that can target disease, or will also improve your memory so you can recall things more easily.
And because this new medicine works so well for so many, public perception will change. Eventually, it will become the norm… as ubiquitous as penicillin and ibuprofen are today.
In this way, ingesting nanorobots, uploading your brain to the cloud, and using devices like smart contact lenses can help humans become, well, better at being human.
Ray sums it up: “We are the species that changes who we are to become smarter and more profound, more beautiful, more creative, more musical, funnier, sexier.”
Speaking of sexuality and beauty, Ray also sees technology expanding these concepts. “In virtual reality, you can be someone else. Right now, actually changing your gender in real reality is a pretty significant, profound process, but you could do it in virtual reality much more easily and you can be someone else. A couple could become each other and discover their relationship from the other's perspective.”
In the 2030s, when Ray predicts sensor-laden nano robots will be able to go inside the nervous system, virtual or augmented reality will become exceptionally realistic, enabling us to “be someone else and have other kinds of experiences.”

We leave you with this Courtesy of Global Citizen: 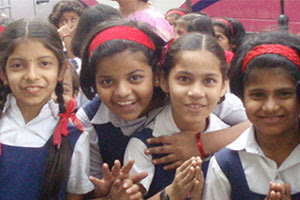 This State in India Just Took a Huge Step to Keep Girls in School
70% of girls in this state miss school when they have their period because of stigma, embarrassment, and a lack of information.
Read 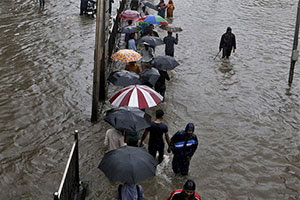 How Climate Change Can Cause Extreme Poverty
Extreme weather events displace roughly 21.7 million people from their homes each year, and 95% of those people live in the developing world.
Read 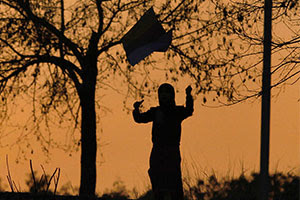 A Girl in Pakistan Was Tortured for Her Brother’s Affair
Eight men grabbed a 14-year-old girl as she was retrieving water with her cousins in a rural village in Pakistan in an “honor”-based crime.
Read 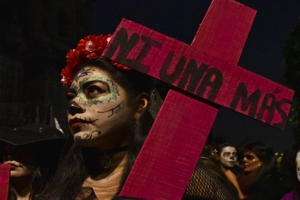 On Day of the Dead, Women Protest Femicide
In Mexico, where Day of the Dead originated, there were 2,735 femicides last year alone, so on Nov. 1, hundreds of women took to the streets in protest.
Read 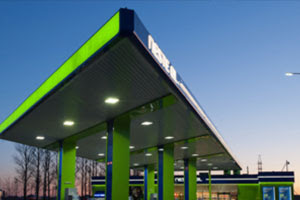