Notations On Our World (Weekly Edition): On #Iran 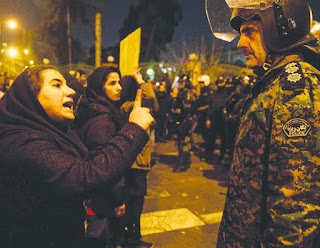 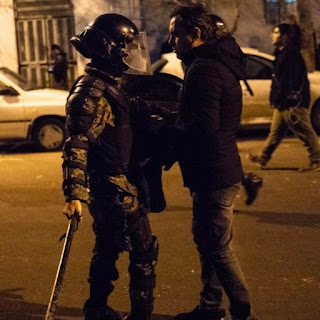 Our team has been on the prowl  as We have  seen reports of protests continuing as there has been a major Security Presence yet again and one of our Media Partners we consult, Iran International, reports on elements of the popular Milita (known as the Basij) have attacked students protesting at Amir Kabir University in Tehran.   Clips that has been shown reflect how Security Forces have been dealing harshly with Protesters--there are reports of detainees throughout the country.

Our team has also been assessing the latest in regards to the aftermath of the shooting down of the Ukrainian Airline by the Missile Corp of the Islamic Revolutionary Guard Corp.    The images above reflect visits that Officials have made to the Families--and from what we see, it has been stage-managed as meetings were held and the first active scenes in the aftermath of the crash were reported as the rescuers were frantically looking for survivors: 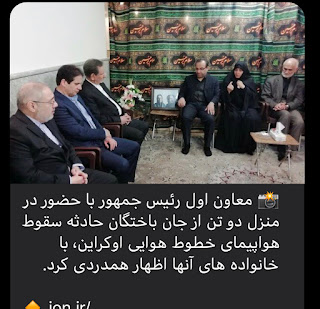 Security Officials prevented families from having interviews and those families who were able to bury their dead were subject to immense controls by plain-clothers Security Officials.    It was also noted  Iran's Official Government Spokesman also noted that the President, Hassan Rouhani, had no indication of the role of the Islamic Revolutionary Guard Corp in the shooting of the plane until Friday in spite of the claim by the Commander, Hajizadeh, that he had informed the high command.     It must also be noted that Mr. Rouhani Chairs the Supreme National Security Council.   Today, Rouhani urged a special court be set up as the Judiciary came out reporting that arrests were made after a number of days whereby he stayed silent as he was busy with meetings with the Syrian Prime Minister and tried to deflect criticism from his own efforts.

In the meantime,  Government Propaganda Efforts are continuing including a clip published reminding University Students of how ISIS would have killed all Students if it was not for the Islamic Republic and How 25 Million People came out for the funeral of Qasem Sulmeinai:

Our team will continue to assess it on an on-going basis as we have also been assessing the floods in the East of the Country in the province of Sistan and Baluchestan as the entire province has been devastated with no action by the Government not withstanding claims of visits by Revolutionary Guard Commanders and the Government: 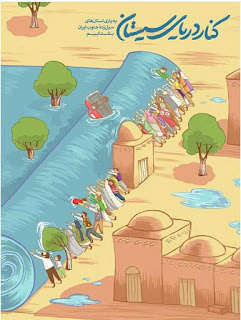 Our thoughts and prayers are with the people of Iran and the province of Sistan and Baluchestan at this time.