Notations On Our World (Weekly Edition): In America As A New Week Dawns (Updated) 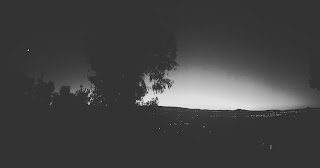 It is Indigenous People's Day here in the United States and a Federal Holiday.
As a new week dawns, our team captured a scene from our skyline in our hometown that in some ways reflects the state of our World as COVID-19 rages on, economic challenges continue to persist along with Foreign policy challenges.   We captured this courtesy of the team at Politico about the state of the Biden Presidency:

BLOW-ING IT — You know things have taken a really bad turn for Democrats when liberal NYT columnist CHARLES BLOW describes the state of the party in terms you’d be more likely to read on the WSJ op-ed page. Here’s a sampling of Blow’s latest, headlined, “ Democrats, You’re in Danger”:

“They just aren’t getting enough done. … The warning signs are all around. ...

“Democrats are still wrangling over their infrastructure and social spending bills. … There is still a crisis at the border. … Then there is the massive, widespread assault on voting rights … [and] it is still not clear if there are enough votes in the Senate to pass voter protections … As for police reform, negotiations … completely fell apart. …

“Not to mention that Covid is still killing far too many Americans . … Democrats have been unable to deliver much to make their voters happy … As a result, many recent polls have shown Biden’s approval ratings plummeting to the lowest level of his young presidency … Black voters continue to be Biden’s strongest supporters on many of these metrics, but even their support seems disturbingly soft.”

Lest you think this is all a windup to an admonition to pass the infrastructure/reconciliation package … not quite. In Blow’s view, even that might not cut it: “[T]hose investments may come too late to discharge growing dissatisfaction.” Otherwise, the outlook is great!

We also present a sampling of the discourse on the week that was:

We close out with this courtesy Marc Cooper on the state of affairs in America today: