On Our Virtual Route 66 This Week: On the Week That Was in Our World 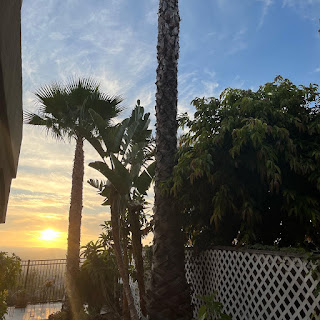 It was quite a week in our World that saw Russia continues its war in Ukraine and continued to pound Ukraine into submission.   China told the World that it would not allow an independent Taiwan.    Boris Johnson in the UK survived a no confidence vote--but two by elections will determine his faith on a go-frward basis.     California had a primary as some noted there were some ominious warnings for Democrats.   Inflation continued to rear its' ugly head as some economists predicated a recession.    THe GOP was on the prowl to create a different narrative as the January 6 Committee began the first in a series of hearings over the ensuing weeks.  This is as the Iran nuclear deal appears to be shuttered.
Our team pulled together a curated snapshot of the week that was featuring commentary from Politico, The Economist of London, Financial Times, Heather Cox Richardson, The Bulwark and other leading thinkers around the World.

The Case Against Donald J. Trump

It was a criminal conspiracy

“I say this to my Republican colleagues who are defending the indefensible. There will come a day when Donald Trump is gone, but your dishonor will remain.” — Liz Cheney

Well, that was remarkable. But will it matter?

Morning Shots reached out to our colleagues for their reactions to last night’s prime time hearing by the House January 6 Committee:

In Thursday’s hearing, the House January 6th committee clarified a shift in the incitement case against former President Trump. The attack on the Capitol wasn’t really provoked by Trump’s speech on Jan. 6. It was provoked by his tweet three weeks earlier.

The committee’s chairman, Bennie Thompson, pointed out that on the morning of Jan. 6, members of the Proud Boys began moving toward the Capitol before Trump began his speech near the White House. Rep. Liz Cheney, the committee’s leading Republican, summarized the evidence: “The attack on our Capitol was not a spontaneous riot. Intelligence available before January 6th identified plans to ‘invade’ the Capitol, ‘occupy’ the Capitol, and take other steps to halt Congress’ count of Electoral Votes.”

Trump’s allies think this evidence undermines the case against him. Minutes after the hearing ended, Sean Hannity boasted that Cheney “admitted tonight ... that the violence on Jan. 6 was not spontaneous. She said it. It was not the result of the president’s speech. Instead, she points out it, was pre-planned.”

But there’s no contradiction between the planning and the incitement. In her opening statement, Cheney traced the planning to a meeting three weeks before the attack:

“On Dec. 18, 2020, a group including Gen. Michael Flynn, Sidney Powell, Rudy Giuliani, and others visited the White House. They stayed late into the evening. We know that the group discussed a number of dramatic steps, including having the military seize voting machines and potentially rerun elections. ... President Trump met with that group alone for a period of time before White House lawyers and other staff discovered the group was there and rushed to intervene.

“A little more than an hour after Ms. Powell, Mr. Giuliani, General Flynn and the others finally left the White House, President Trump sent the tweet on the screen now, telling people to come to Washington on January 6th. “Be there,” he instructed them. “Will be wild!”

“As you will see, this was a pivotal moment. This tweet initiated a chain of events. The tweet led to the planning for what occurred on January 6th, including by the Proud Boys who ultimately led the invasion of the Capitol and the violence that day.”

Thompson said Trump’s tweet, issued early in the morning of Dec. 19, “energized individuals from the Proud Boys and other extremist groups.” In a video presented during the hearing, Marcus Childress, an investigator for the committee, said extremists perceived the tweet as a “call to arms.” He noted that a day after the tweet, the Proud Boys created a “command structure” to plan operations in Washington on Jan. 6. And the committee showed video-recorded statements in which Jan. 6 defendants and convicts credited the former president:

“Trump asked us to come.”

“I know why I was there, and that’s because he called me there.”

That’s a direct line from Trump’s words to the ensuing violence, affirmed by the perpetrators themselves.

So, yes, the committee’s evidence undermines the original theory that Trump’s speech on Jan. 6 caused the attack. But it bolsters the case that he’s guilty of incitement.