Early Voting has already begun here in the United States.    Voting is going to be quite personal as polls continue to show Mrs. Clinton Ahead.    As I checked Five Thirty-Eight within the past 10 minutes (as I do daily for The Daily Outsider), they had not done any updated forecasts yet--although Mrs. Clinton seems to be dominating in all the polls.     This is as Mr. Trump touted that Investors Business Daily and Rasmussen showed him close.

What I only yearn for is 100% turnout as all need to remember that there are many around the World who have died or are in prison for simply wanting to have the right to vote.   This is why I view this that was sent out by +Jonathan Huie in his daily outreach was so timely as we in the United States and the World await the results of elections throughout the United States: 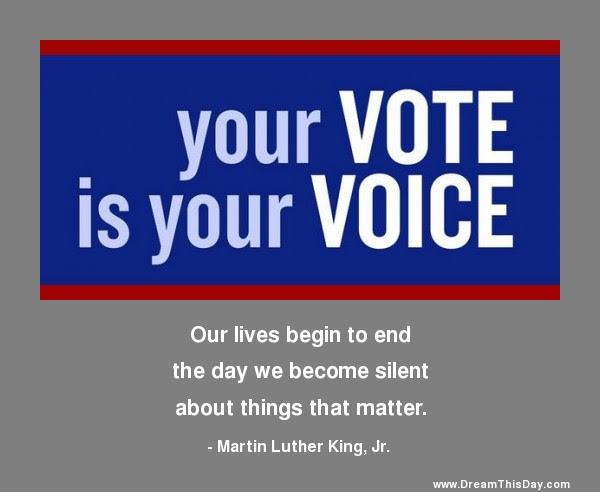 We are called to be architects of the future, not its victims.
- R. Buckminster Fuller

Always vote for principle, though you may vote alone,
and you may cherish the sweetest reflection that your vote is never lost.
- John Quincy Adams

Create the legacy of a better world.
Leave this world a better place than you found it.
- Jonathan Lockwood Huie