Notations On Our World (Special Tuesday Edition): #RandomThoughts on #ClimateChange

We have been assessing the UN Climate Summit.    This 9-minute clip produced by the Finacial Times of London (where we have the privilege to share headlines daily on our Twitter Corner) with collaboration from the Royal Court depicts a future that can be possible if no action is taken.   President Trump paid a surprise visit to the Summit during the day.  The Economist' @KalToons reflected upon it: 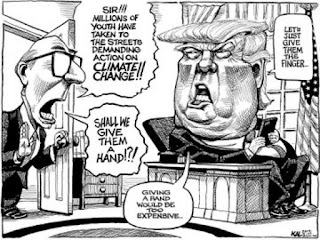 Greta Thurberg, the Swedish Activist, spoke.    She was attacked by some of the conservative pundits here in the United States.    We chose excerpts of her comments as reported by the Guardian which we hereby present for review that we captured:

This is her Statement in Full as we pay homage to her with all that she began over a year ago in front of the Swedish Parliament: 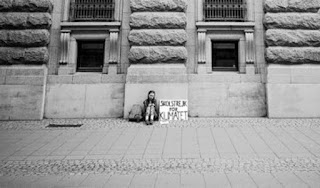 We join in noting this old saying from the Civil Rights Movement:  #WeShallOvercome.