Notations On Our World (Special Mid-Week Edition); Quite a 24 Hrs re @realDonaldTrump; @BorisJohnson 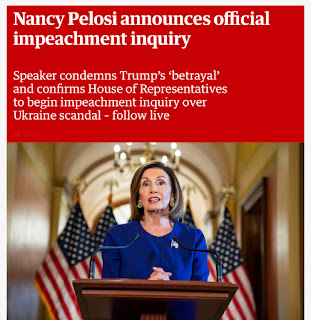 In the United States, the US Speaker of the House Representatives, has authorized an impeachment inquiry.    She formalized the nature of the investigations in a nationwide statement that made World Headlines.    President Trump began with the simple tag, "Presidential Harassment" as his  Supporters in the US House, his campaign and his network of Supporters began an immediate public relations strike-back through Twitter and other Social Media avenues.

Beyond the Shores of the United States, The UK Prime Minister was dealt a heavy blow by the UK Supreme Court epitomized by this headline from one of our featured partners, the Financial Times of London: 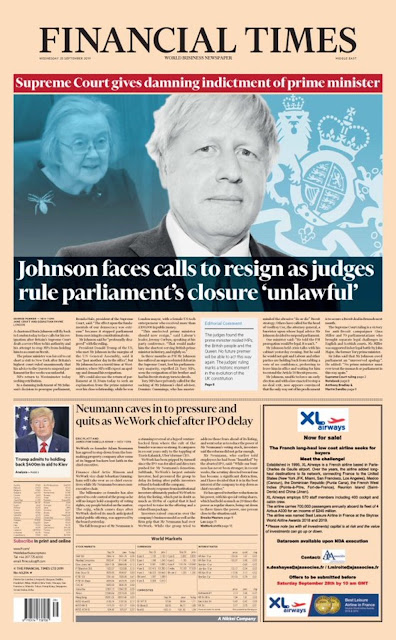 The UK Parliament will be back in session later on today as underscored by the UK Speaker of Parliament: 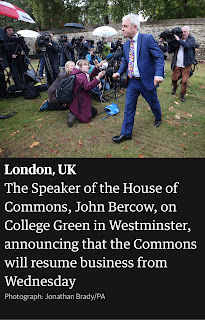