Notations From the Grid (Special Sunday Edition): On #Turkey, #Syria & the War...

It has been a challenging few days as the Turkish Army continues its' assault in Northern Syria.   The National's Joyce Karam released the following to get a sense of the challenges at hand in this regard as the United States is withdrawing Troops:

Erdogan • US to stay in Tanf (Al Monitor) • Putin

Joyce Karam
@Joyce_Karam
·
1h
This is shaping up as most chaotic US withdrawal from region. Rivals hurrying to collect the spoils. With Assad deal with Kurds, a Turkey- Syria regime battle in horizon. Russia role on the rise as Trump packs and leaves

A Sampling of the engagements over Social Media underscored the challenging reality on the ground : 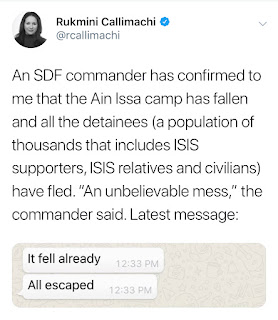 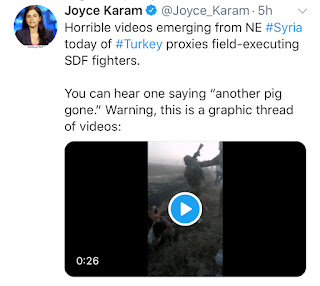 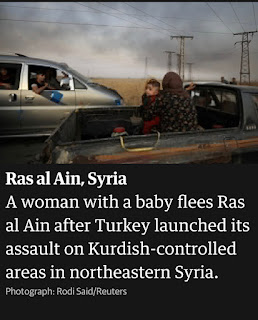 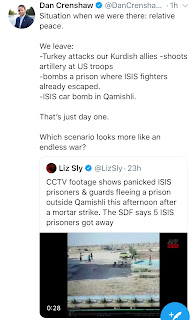 This is a sense of the aftermath of President Trump's Decision on the long-term impact of the challenging times before us: 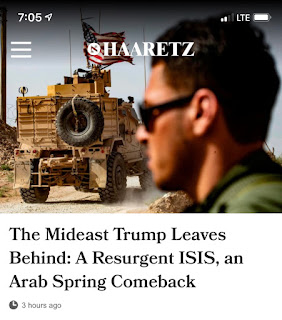 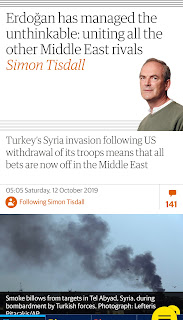 The Economist' Kal also weighed on: 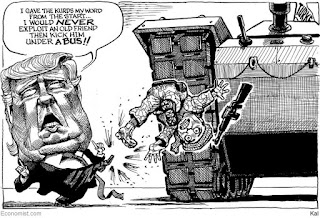