Notations On Our World (Special Tuesday Edition): On #Turkey; #Syria-On the View From the Ground 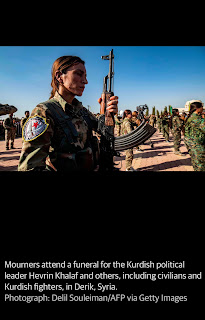 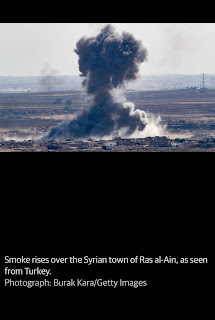 As we went to press, the Turkish Army continued its' assault in Northern Syria.     President Trump imposed sanctions and noted that Vice President Pence and the National Security Advisor were slated to be dispatched to try and end the fighting.   Vice President Pence was adamant in stating that the United States did not give a green light to Turkey to invade.   There was a perception that the United States was trying to mitigate what was perceived as a Foreign Policy blunder.

As our team continued to assess the changing true realities on the ground, we captured the following which captures the profound seismic shift in the Middle East right now :