Notations On Our World (Mid-Week Edition): As the US Congress Convenes for the Electoral College Certification 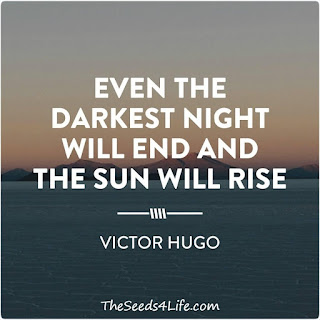 As we went to press with this mid-week edition, votes were still being counted in the Georgia Senate Run-Offs--to close to call although a number of media outlets (including VOX) had at least called the election for Rev. Warnock.

We hereby note what the Business Community noted in response to attempts by US House and Senate Members to object to try and overturn the elections-as President Trump's supporters are to hold demonstrations in Washington that President Trump is scheduled to join them:

Good morning.The U.S. business community came out in force yesterday, rejecting the efforts of some Republicans to try and undo the election of Joseph Biden during tomorrow’s joint session of Congress to count electoral votes. Here’s the Business Roundtable:“With claims of electoral fraud having been fully considered and rejected by federal and state courts and state government officials, the integrity of the 2020 election is not in doubt. There is no authority for Congress to reject or overturn electoral votes lawfully certified by the states and affirmed by the Electoral College.”Here’s the National Association of Manufacturers:“In every election, many Americans are disappointed by the results. But disappointment does not justify harming our democracy or undermining faith in our elections based on unproven charges and conspiracy theories.”The U.S. Chamber of Commerce:“Efforts by some members of Congress to disregard certified election results in an effort to change the election outcome or to try and make a long-term political point undermines our democracy and the rule of law and will only result in further division.”And the Committee for Economic Development of The Conference Board:“The 117th Congress should not be squandering precious time and resources undermining the election outcome which has been certified by Democratic and Republican state officials across the United States.  The Congress needs to provide leadership that is laser focused on getting Americans safely back to work and bringing the nation together to defeat the pandemic and restore American competitiveness.”Done. Can we just move on now? Nothing in his presidency so clearly reveals the nature of Donald Trump as his leaving it. In service of his own ego, he is undermining the constitution and democracy, and may well hand a defeat to Senate Republicans in the process. Keep a close eye on today’s Georgia elections.More news below.  And if you are willing to give one more moment of regard to 2020, read Fortune editor-in-chief Clifton Leaf’s piece on the “20 things that went strangely, wonderfully right” last year.

We Close out with some #RandomThoughts on the Discourse over the Web we curated: 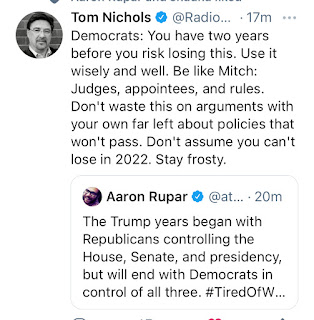 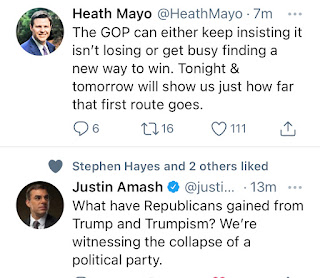 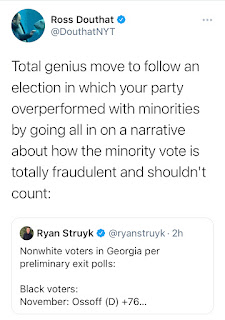