What is True and what is Hype About Africa; Hollywood and Disney World Meet Africa Season 1

The other day, I passed by the San Francisco Cinematheque. This place was founded by experienced film-makers who also own different film companies. I am familiar with Frameline  because once in 2013, I helped mentor young people who later presented a film in one of the Frameline competitions (http://www.frameline.org/). The fact that this company encourages anyone who can, to present a film project in an annual competition appealed to me as social change agent. From then on I liked this particular brand and from time to time I receive updates about their films.  It is around this time, that I thought about doing a project on images and conversations depicting how America perceives Africa. As much as possible, I collected on the street responses. I shall provide my answers in subsequent blogs if time allows. As of now,  I want to interest your mind in finding time to answer my questions.

The animals (insects, worms, ants, flies, rodents, cheetah, viruses, bacteria and parasites) on the African continent have lived there for a far longer period than the first human being. They have a super-evolved mechanism that has enabled them to survive the vagaries of Africa. I know of a country where elephants raid villages and destroy food crop that could have fed people for 1 full year. There is another country where grasshoppers and locusts fly in large swarms that they darken the noon time sky. When these grasshoppers and locusts land on green foliage, trees are left bare of green leaves. This is the region where the mosquito and tsetse fly are two deadliest animals. In fact they deserve to be called the kings or queens of the jungle. Have you heard of this kind of Africa? Or is the one you have heard the kind where famine, poor work ethics, corruption and poverty abound?

Please write back answering my questions. Thank you so much in advance. 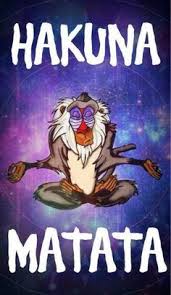 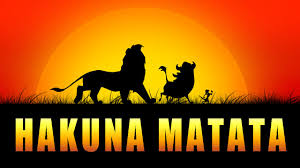 Hakuna Matata are two Swahili words which can be translated as: No Problems/No Worries. Source: Google Pics 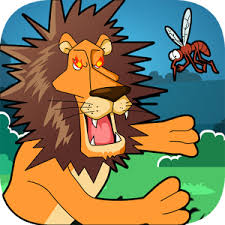 A snapshot when a mosquito was bothering the Lion. Source: Google Pics