Notations From the Grid: On the First Week of @POTUS in Washington 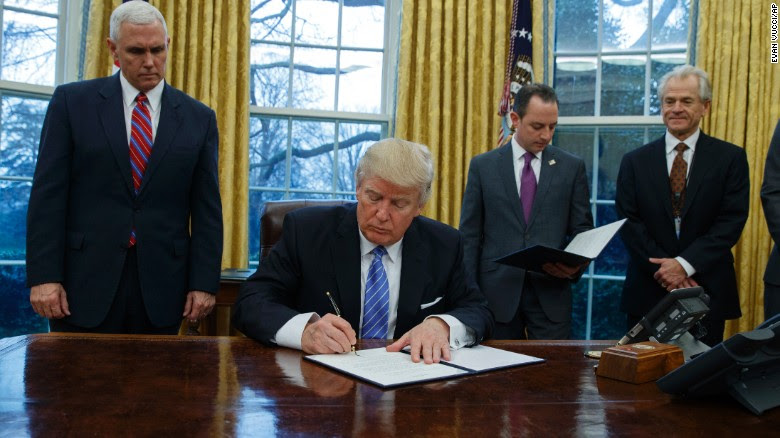 January 27 is before us--it will be exactly one Week since Donald Trump took the oath of office--and it has been quite a week including resurrecting a conversation about torture,  voter fraud, immigration, The Mexico Wall and the pipeline--and that's just a partial list. !!

This Tweet from the Wall Street Journal's Brett Stephens was telling: