Notations From the Grid (W-End Edition): On Venezuela; Turkey; @realDonaldTrump & Other Thoughts 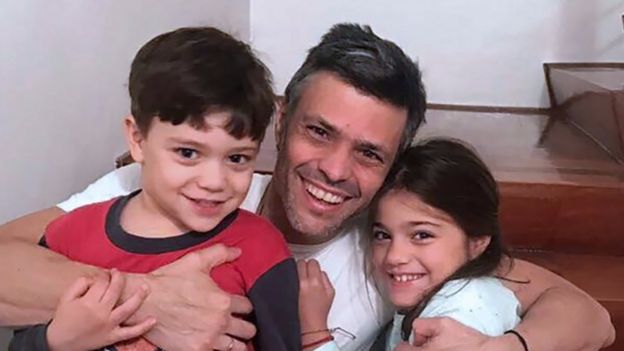 It has been quite a few days around our World.    There was some good news as Venezuelan Opposition Leader Leonardo Lopez was released from Prison to House Arrest and joyfully reunited with his children:

There was the March for Justice led by the key opposition leader in Turkey.   Some compared it to the Gandhi March to the Sea to Make Salt:

What the Turkish President does will be interesting in this regard.

Our team was also continuing its' on-going assessment of the latest dispute between Qatar, Saudi Arabia, the UAE, Bahrain and Egypt as the dispute seems to continue for at least a while yet.  The Secretary of State is slated to visit the region Monday.   Saudi Arabia, a member of the G20, is slated to host the next G20 Summit as the  G20 in Hamburg  is now in the history books.  The United States, though, was isolated--although Trump Administration Officials were putting a positive spin on it from the President Onward.     One of the most devastating assessment was made by Australia Broadcasting:

What did we learn about @realDonaldTrump at this #G20? @CUhlmann explains. #Insiders pic.twitter.com/TGOXdiFWhB
— Insiders ABC (@InsidersABC) July 8, 2017


This is as there were reports of hacking of US Energy Infrastructure by Russians and as reports of another Russian meeting set up by Donald Trump Jr. emerged in the aftermath of the Meetings--and the Trump team blamed Democrats.  This is as the "stories of action and ideas" courtesy of the Guardian of London took center stage: