Notations on Our World (Special Edition): On the Healthcare Bill 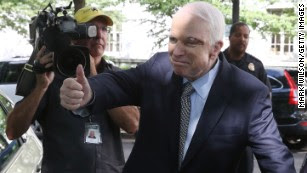 Our team has been monitoring the healthcare debate in the US Senate as the Senate gears up for the "Skinny" Vote.    Reporting we're monitoring indicates that Senator McCain is planning on Voting No and the Vice President is at the US Senate prepared to cast a tie breaking vote.    o  It is, right now, past 1:00 AM in Washington as the vote has begun.  The Congressional Budget Office released the "Score" earlier tonight California Time right after the formal text was released by the US Senate Majority Leader--and it has failed based on our count as Senators McCain, Collins & Murkowsi have voted with the Democrats):