Notations On Our World (Weekly Edition): #RandomThoughts on #Iran 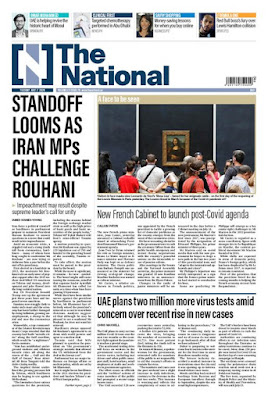 We have been assessing profound developments out of Iran as COVID-19 rages on, Rouhani's Government is in trouble during its' last year in Office and as a number of fires and explosions has rocked Iran--including a major explosion at the Natanz Facility which has been allegedly attributed to Israel.    The Foreign Minister, Javad Zarif, was jeered in Iran's Majlis--Deputies called him a liar as he was defending his policies--and acknowledged that all foreign affairs were under the direct control of the Supreme Guide (Supreme Leader).

As we went to press, we received reports of an estimated 2.5 Million People with COVID-19 and an estimated 150,000 who have died.  This is as Ventilators are not available and the Islamic Revolutionary Guard Corp has grasped the imports of vital equipment.   Iran has refrained from any official explanation on it.

As we continue to assess it all, we present an interview with the daughter of the Former Iranian President, Hashemi Rafsanjani hosted by Stanford University:


She has been one of the internal voices of dissent as she has warned that the Islamic Republic is having its' last days.    She was dismissed from her job as a Professor at Azad University and has been subject to a number of restrictions--including having spent six months in prison during the Green Movement of 2009.

We also wanted to share this on the Women's Right Movement in Iran:

As we went to press, we reviewed reports that members of the current Majlis talked about how women's place was only in the home--and this is as Majlis Deputies received their salaries and housing allowance as hundreds of thousands have not been paid for months and the Government is dealing with a 50% expected deficit.    The only entity that seems to be growing is the Stock Market with no justifiable economic reasons as the Government has been trying to bridge its' deficit while printing money--increasing the money supply.

On a lighter note, we were  also were witness to Iran issuing an arrest warrant against President Trump and also claiming it produced the following new Fighter Jets that was proven to be a "revamp" of the F5 Fleet that was acquired before the revolution of 1979: 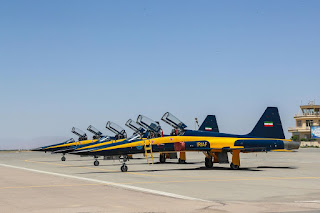 Two interesting depictions reflected the true state of affairs in the extent of corruption and mismanagement that has befallen Iran over the past 40 years: 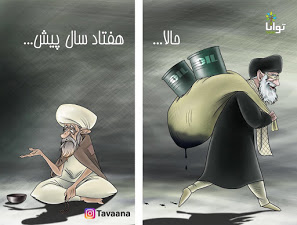 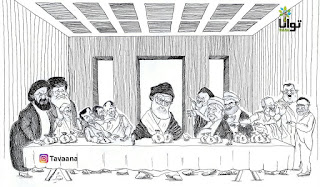 Our team will continue to assess it all.

Email ThisBlogThis!Share to TwitterShare to FacebookShare to Pinterest
Labels: Iran