Notations On Our World (Special Edition): On The Plight of Nazanin Zargari Radcliff

Yesterday was the Third Anniversary of the detention of Nazanin Zargari Radcliff by the Iranian Government.    We have had the honor to add our voice to ask that she is released--as we have also been following the case of other dual Nationals in Iran.   We hereby present the update by Mr. Radcliffe as we urge the Iranian Government to release Mrs. Radcliffe immediately and without delay as we hereby note the link for all to sign the petition: 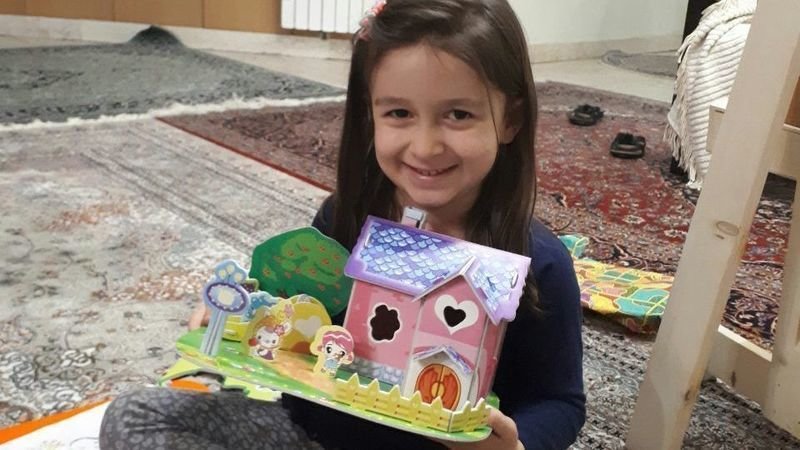 APR 2, 2019 —
Happy Belated Mother’s Day to you all.
Three years are upon us, the anniversary come round again.
It is a different phase of campaigning –  with diplomatic protection, hunger strikes and UN submissions – and a neglected petition.
A new phase that has provoked hostility, and an attempt to shift the blame, even isolate Nazanin from her family.
During her hunger strike, the Iranian Ambassador to London organised a briefing for the UK press where he argued that the Campaign for Nazanin was preventing her release, and suggested I did not care enough for my family to actually try to visit:  https://www.telegraph.co.uk/news/2019/01/16/campaign-nazanin-zaghari-ratcliffe-hinders-chances-early-release/
Other UK journalists told us of recent more private briefing from Embassy officials that went further: whispering my campaigning was actively trying to keep Nazanin in prison, that our marriage had broken down, and I didn’t want her back in the way. Six months ago the Ambassador was tweeting pictures of Gabriella in Nazanin’s arms. It is quite a change.
I foolishly told Nazanin. It brought back memories of the darkest days: Her interrogators’ gaslighting in those early months, insisting her husband had abandoned her, the memories of the women held isolated on various morality charges, threatened with large sentences and the presumptions of male interrogators who felt entitled to pressure them to cooperate with other needs. The full depth of what solitary can mean. Notwithstanding the Ambassador’s advice, the question of speaking out is only ever open to some.
So this third anniversary of Nazanin’s detention, we wanted to say the smears are not true – we want them both home. It is not home without them. We organised two things:
On Sunday, we delivered with Amnesty a Mothers Day card and 155 bunches of tulips and daffodils to the Iranian Embassy, one for each week she has been held.
The flowers are for Mothers Day, but in Iran also traditional at a prisoner’s release. When Nazanin was released on furlough, Gabriella most wanted to make sure she was the one who gave the flowers to her mummy. We wanted to remind the Embassy that release flowers are waiting.
The version of the card going direct to Gabriella (deliveries via the Embassy are not reliable) can still be signed: https://www.amnesty.org.uk/actions/sign-mothers-day-card-nazanin
Tomorrow (April 3) marks the third anniversary of Nazanin’s arrest. For the third time, we will hang messages from our One Day Tree. The first year, we asked for your ideas of freedom, in the belief we were almost there. The second year, for jokes to lift spirits after the Boris furore had fallen flat, and new people were again being taken.
This year we are asking for an affirmation of home – a reminder still that contrary to the rumours being spread, there is an outside that is waiting, a home that has not forgotten.
We would like you to send messages of what home means to you:
Your favourite thing to do at home
What most miss about home when far away, how you hold onto it
Your favourite part of home, what you most cherish when back
What captures the Saturday morning of life
For those feeling creative, this year we are asking for those messages as haikus (small poems of three lines, with 5, 7, then 5 syllables).
For those quick, we will hang them from our One Day Tree. We will be at Fortune Green in West Hampstead, 5pm on Wednesday, for anyone based near London. Please do come down.
On Friday 5 April at 6pm (London time) we will also be inviting supporters to join a twitter storm tweeting these haiku, using the hashtag #haikus4home. We will also make a collection of haikus for an event later in the year (if we need it). So please post them below.
What does it mean – people standing around hanging hopes off a tree full of ribbons, adorned by your poems and messages? For me, the tree has become a symbol of hope: home is waiting. Campaigning is a long homecoming call.
At this point, Nazanin has an insatiable restlessness. She asks most calls when will it end, regularly declares that may be never. Prison remains its own kind of gaslighting, unmooring her from her former life. Her picture of home after three years is partly an act of will – it looms large, but also distant and hazy.
Our journey home has an attritional quality. The last two years our One Day Tree has been trashed days later by someone politically motivated. Hopefully this year will be different.
However, it is the kindnesses that I remember. There is a garden for Nazanin next to our local hospital, tended by volunteers. I went there this weekend to see it coming into bloom. Campaigning like ours is the collection of kindnesses. One of the things this petition does is draw son that gravity of care, and the warmth and creativity of people reading these words.
Campaigning is about holding onto the beautiful things – looking out for the seashells along this stormy shore. It is why we borrow your creativity and poems to hang and to hold onto, but also one day for her and others to see. Life is worth decorating not despite the hardship, but because of it.
Until Spring comes again.