Notations From The Grid (Weekly Edition): On the Week That Was...... 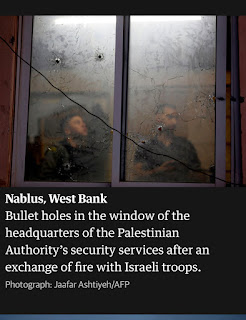 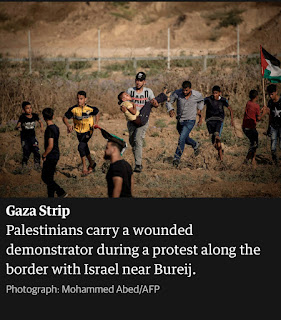 The Bahrain Conference spearheaded by the Trump Administration Looms.   This is as the March of Return continues.   Our team captured scenes from the past week as we also caught this:


Lea Tsemel has been at the forefront of representing Palestinians for over 50 years-It is a very compelling 17 minutes on the true reality of the State of Affairs in Israel and Palestine as we also wanted to present a true sense of the reality of the Global Economic War that continues courtesy of Fortune's Alan Murray:

New signs emerged that the trade war is dragging down the global economy. The International Energy Agency this morning cut its projection for energy demand this year by 100,000 barrels to 1.2 million barrels per day, citing the “worsening trade outlook” as a “common theme across all regions.” China reported the slowest growth in factory output since 2002. And more than 500 U.S. companies—including retail giants Walmart, Target and Costco—saidtariffs are hurting American businesses and consumers. A survey of CFOs found nearly half expected a recession by the middle of next year.
All of this ups the ante for a possible meeting between President Trump and President Xi at the G20 summit in Japan June 28-29. Trump has requested a meeting, and White House economic adviser Larry Kudlow said yesterday the president has threatened to raise tariffs further if Xi doesn’t agree.
Apple CEO Tim Cook had a private meeting with the president yesterday to discuss trade, among other things. I don’t know what he said, but I’d be willing to bet the CEO advised that public threats won’t help bring the Chinese leader to the table.