Notations From the Grid (Special Tuesday Edition): #RandomThoughts on #Iran On the Eve of 41 Years of Islamic Government 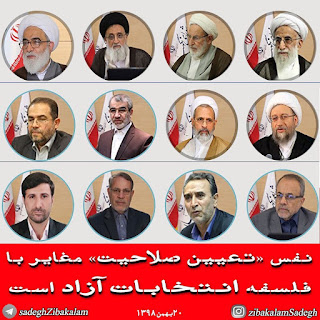 Iran is in the midst of celebrating the 41st Anniversary of the Revolution--and also shortly thereafter having parliamentary elections.    The twelve people above--appointed by the Supreme Guide (Supreme Leader) have vetted candidates and have disqualified some 9,000 of them--including 90 sitting members of Parliament.   They are the members of the Guardian Council.

Many have noted that this is not going to be an Election, but an appointment in effect.  The head of the Guardian Council, 95-year old Ayatollah Janati, has said that it is going to very competitive.   When our team saw that comment, we found it to be laughable--and State Media itself published a poll underscoring the digust by the people on the upcoming Elections.   The caption above, by the academic Sadegh Zibakalam of Tehran University, condemns the actions by the Guardian

On the eve of the 41st Anniversary of the Revolution, the Iranian President hosted an event attended by Ambassadors as he touted Iran's Economic Achievements in spite of the sanctions and the reality of life exemplified by the homeless in the Capital, Tehran: 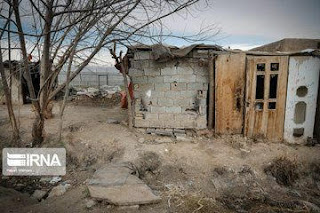 The true realities is otherwise exemplified by the collapse of the Rial, Iran's Official Exchange Rate and a severe recession.    It is also 40 day since the assassination of the Quds Force Commander, Qasem Sulemaini.   They are elevating his status as exemplified by this released to Social Media: 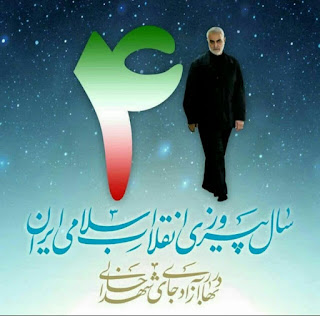 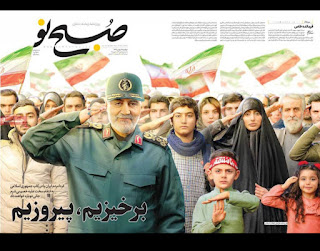 His role in crushing internal dissent is starting to be evident--as his role in Syria and Iraq has been evident as well.

As we went to press,  preparations have been going on and the State Media has been busy as exemplified by the following: 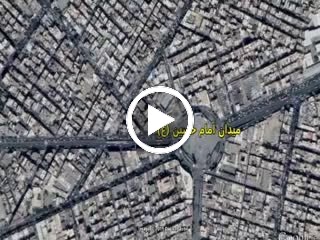 We also found it unfortunate how this image captured by the Guardian of London on the extent of the publicity stunts by the Regime in trying to convey its' messages: 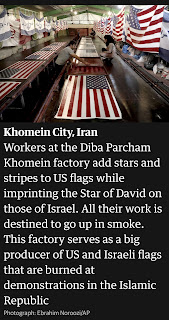 As we also went to press, our team reviewed a letter written by one of the leading opposition figures and Nobel Prize Winner, Shirin Ebadi, who wrote a letter of apology to her daughter and the new generation on how her generation betrayed them.

Iran also tried to, again, send a satellite into space--and it failed miserably: 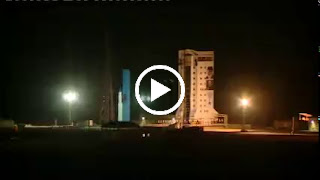