As I write this, it is now "officially"July 4 as America celebrates its' independence day.   It has been a working weekend for me as I have watched a season of the West Wing as I work through some plans for the Daily Outsider--it was great to be able to be supportive as the corners were curated and the Twitter Channel was worked through.

It has also been a week as I have been witness to the wonder of Community spirit in Action.  I reflected upon it briefly when I was on NextDoor earlier today for the Community.    Whether it was the City of Laguna Niguel Run in the Park or the vibrancy of St. Timothy's Catholic Parish, it was just such a joy to be witness to it all.

I wanted to be "dark", but I was so moved by this as I watched episodes of the West Wing with this on Blame and Compassion:


If it was within my power, I will force every single candidate to listen to this 3 minutes and to really sit back and think about our future especially as America along with all the other episodes of the 7 seasons of the West Wing to really think about and reflect upon the promise of America.   I wonder if that can be possible.

As I will be away on Community Commitments and gear up for a challenging quarter at #Outsiders and beyond, I finished this on Twitter Earlier in support of @DailyOutsider before making sure @DailyOutsider goes dark for July 4:


As I finished this, I saw this on my "hike daily" feed:


"You have to make it happen-Denis Diderot"

& this courtesy of +Jonathan Huie that is one of my required readings and #outsiders features it prominently in the "Thought For the Week" Corner: 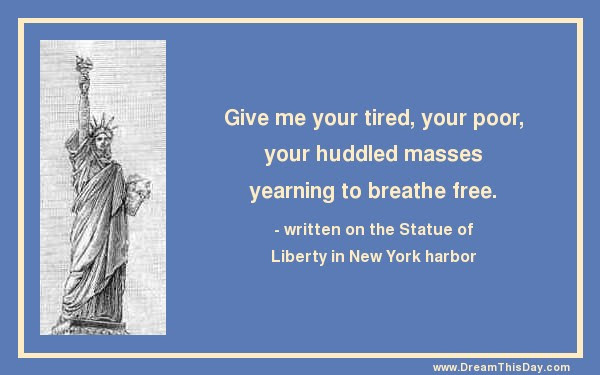 We hold these truths to be self-evident:
that all men are created equal,
that they are endowed by their Creator with certain inalienable rights,
among these are life, liberty, and the pursuit of happiness.
- Thomas Jefferson [Declaration of Independence]


They who can give up essential liberty
to obtain a little temporary safety
deserve neither liberty nor safety.
- Benjamin Franklin

Those who deny freedom to others deserve it not for themselves.
- Abraham Lincoln

The only thing necessary for evil to triumph
is for enough good men to do nothing.
- Edmund Burke

The best way to enhance freedom in other lands
is to demonstrate here that our democratic system is worthy of emulation.
- Jimmy Carter