Notations On Our World (Weekly Edition): Out & About In Our World.... 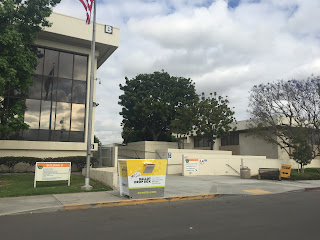 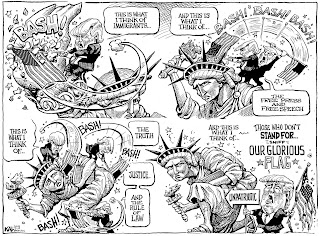 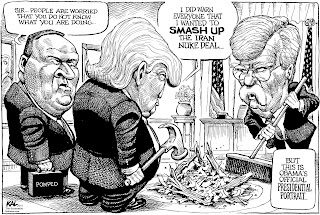 Tomorrow is Primary Day here in California and throughout the United States.     The on-going debate over the weekend as the President's unlimited powers were discussed and his own attacks on the Russia Probe ensued has aroused a lot of passions on all sides no doubt.   The President's Lead Lawyer, Rudy Giuliani, again made the rounds of the US Public Affairs Show this past Sunday and tried to advance the President's Views exemplified by this appearance on ABC's this week.     This is also as the UN came out with a devastating report on the Trump Adminstration Policies and its' impact on Children.       We look forward to sharing perspective on this with a special focus on what transpired in Orange County which we believe is a window of what potentially to expect as the November Elections Loom.    The Heritage's Daily Signal noted profound concerns about the reality of the policies pursued by the President as well: 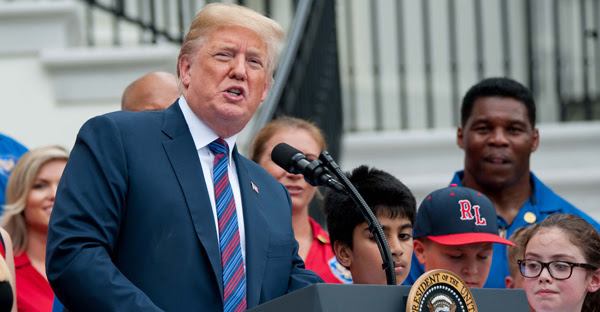 "The current fiscal path is unsustainable," says President Trump, "and future generations deserve better." But his budget doesn't reflect that.


In addition, there was this from the ADL on current appointments at the National Security Council: 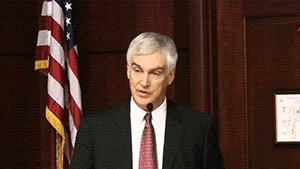 ADL Concerned by Selection of Fred Fleitz as New National Security Council Chief of StaffFred Fleitz most recently served as the senior vice president for policy and programs at the Center for Security Policy, an extreme, hawkish think tank that promotes the false conspiracy theory America is under threat from “Islamization” and that the implementation of Islamic law is imminent. ADL CEO Jonathan Greenblatt said Fleitz’s role with CSP “should automatically disqualify him from a position that deals with America’s most essential foreign policy and national security interests.”Read more

Around our Community, though, it was a very challenging weekend as  our community was faced with a profound challenge as some 250 Acres burnt away threatening Soka University and residences throughout Laguna Beach and Aliso Viejo:

We commend all the first responders  who forcefully were at the forefront of response to the fires.    Our community is blessed beyond words by their valiant efforts on a consistent basis. 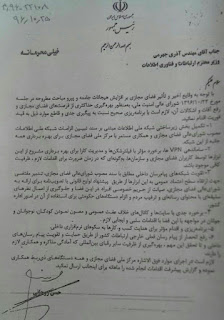 Beyond the shores of America over this weekend, we were also assessing the on-going situation in Iran as especially in light of a hard-hitting editorial written in the New York Times by the former Foreign Minister and Iran's Ambassadors' to Washington Under the late Shah, Ardheshir Zahedi on how the latest moves by the Trump Administration which was one of the most viewed articles of all places--the Islamic Republic News Agency.     This was also as The President was exposed ordering his Minister of Communication to begin the process of blocking the likes of Telegram--the messaging App--despite his public pronouncements to uphold Freedom in the Country as his weakness continues to be exposed--and as over 100 leading artists boycotted his invite to a Ramadan Event:

This is also as Turkey's elections loom with profound results throughout the region.     There is also of course the on-going Tariff war that saw all members of the G-7 coming out forcefully underscored by what the Canadian Prime Minister noted in this interview on NBC's Meet the Press:

It is bound to be quite a week in Our World as we note this from the Financial Times' Edward Luce: