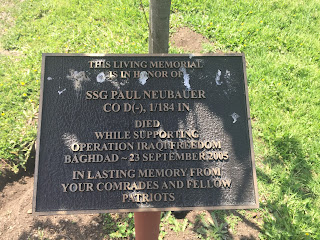 As He explained it, the first image is where the groove is that is centered with a retired F4 Fighter Jet from the California National Guard.   He also captured one of the images (as he told us he unfortunately ran out of battery!!)

We salute all the fallen and their families as we remember them in our thoughts & prayers.