Notations From the Grid (Special Week-End Edition): On The Week That Was....


A new week is before us as the US Government has opened up for three weeks after stories of agony and hardship that our team tracked via #ShutDownStories.   The President has kept his option of declaring a National Emergency Open as Conservative Stalwarts like Ann Coulter and Laura Ingraham told the President that he lied and he caved.     As We went to press, the House GOP Leader was on Meet The Press trying to spin the stance by President Trump as Pete Souza reflected on it as well: 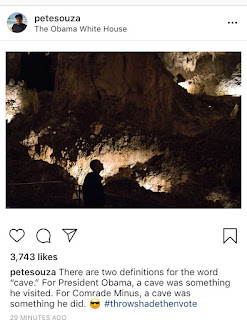 Our team will continue to assess progress on the negotiations as we also saw Roger Stone being indicted   One of the Democratic Candidates, Senator Kirsten Gillibrand spoke on her candidacy along with the former Special Envoy for ISIS Brett McGurk which we view as a critical commentary of the current state of affairs in the United States right now.