It has been a busy morning around #outsiders.   It has been a pleasure as the team has been busy with the daily twitter updates and finished off the latest "updates" throughout the #outsider properties--including the latest on the #IranDeal.

I went out to   Huntington Beach yesterday and had the pleasure to meet with Congressman Rohrabacher.  He was gracious enough to spend almost 40 minutes with me on the Iran Deal.     We reflected upon the horrors of the Middle East today and he was gracious enough to share his reflections of his visit to Palmyra as the World is witness to the continued carnage of the Daesh Gang (referred to as IS/ISIL In the West)  in Syria and Iraq.

Although he is opposed to the deal, I was ever so gratified as he underscored how an attack with Iran will be a profound mistake.      As a senior member of the House Foreign Affairs Committee, his voice matters and I was gratified to hear it.

I was awe struck as I left his office with this image of Ronald Reagan which I wanted to share here: 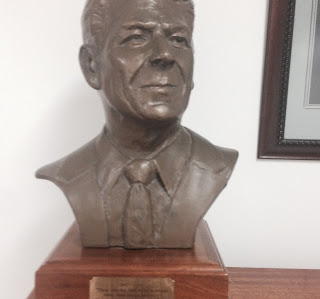 It is also a strength of America that Ronald Reagan reminded the World of: 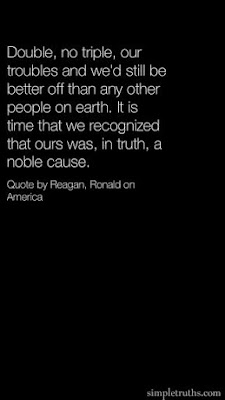