It has been quite a year as the #Outsider journey continue and as I have had the privilege to be witness to the evolution of it--a journey that initially began a little over 7 years ago with zero knowledge of blogging, websites, etc etc. and now we have a Virtual Network with Four Channels, a Vibrant and engaging Social Grid presence which I hope to build upon in 2016.

Just like some, I have a few simple New Year Resolutions which I hope to keep and I shared it in response to a call to action from Darren Hardy as I was finishing off rounds on the Social Grid for the year.    They are:


--and yes, I did note that I would be working to continue supporting Daily Outsider to take it to the next level.    I wonder when I am in my "Corner" this time next year--how would I fare?  Would I be part of the 8% who made it or the 92% who did not (Based on what Darren Hardy noted).   It won't be for lack of trying.

As I look forward to another year of #outsiders starting January 4, I took comfort in this simple thought while I was at the Rose Palace in Pasadena working on the Sikh America Rose Parade Float: 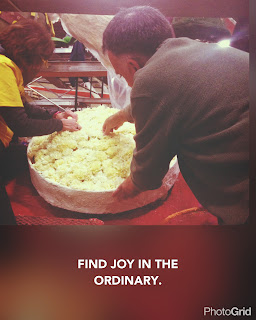 Onward to 2016 with all the possibilities.