Notations From the Gird (May 2017 M-End Edition): On @POTUS; Middle East & Other Thoughts

It was quite an interesting Memorial Day Week End here in the United States.  The President of the United States  returned to Washington after a whirlwind of a Trip.   Some note that he struck largely to script and there were no major gaffes.   However, Chancellor Merkel gave a speech noting how the United States was not to be trusted and relied upon as a partner underscoring the apparent damage the President has done not withstanding the view from the White House.

Meanwhile, back in the United States,   The  Republicans retained the House Seat in Montana.   As it goes in politics, a win is a win--however the net was about by 2 Percent that underscores the profound challenges the Republicans face as the Mid-terms are before us.    It must also be noted that meetings were held in Washington between The Trump Family , the Republican National Committee and the new PAC set up to advance the Trump Agenda as the President eyes the 2020 Re-election effort.    In the meantime, we have been seeing the Budget Blueprint by the Trump Administration work its' way through Congress with significant cuts to discretionary spending.    The Congressional Budget Office came out and noted that some 23 Million People will lose as a result of the American healthcare act--and as the CBO painted a dark picture in the out years. The President, though,  talked about a "good shutdown" earlier as the Administration begins negotiations with Congress on the debt limit increase. It was also of profound concern as the President signed an Executive Order directing the Department of the Interior to assess National Memorial Declarations done under Presidents Clinton, Bush 43 and Obama with an eye towards a rollback.    There is also the Comey Firing and its' aftermath and how Vice President Pence has been trying to cover for President Trump--it was curious how he was out of the limelight for the past 10 days or so--although he was featured on the White House YouTube Channel a number of times.   There is also the talk of "Tax Reform" which all indications are will benefit the richest in the United States.   Steve Rattner noted this in a column on how dangerous it is going to be.     The President's Son in Law and key advisor was also a focus of coverage as investigations continue to gather steam.

A new "mid-year" budget was passed with Democratic Support  as 103 House Republicans broke with the President.     What is of note is this "snapshot" of the Trump Budget was telling as the Economist of London underscored the reality, although there are  11 initiatives proposed that may survive the budget that has been already declared "DOA": 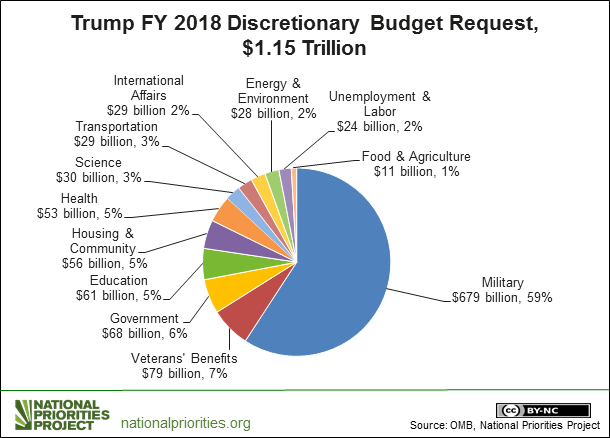 Over the Week-End, J-Street released this with some of the rumors about a potential move towards Middle East Peace as "Iran Bashing" was the order of the day:

Iran's Foreign Minister, Javad Zarif, published an Op-Ed in the New York Times in direct response as interestingly enough the Emir of Qatar had a congratulatory call with President Rouhani.    What is of note, though, is how the Conservatives have begun their onslaught in the aftermath of the Elections.  The Head of the Judiciary went after Rouhani hard noting that Rouhani had no right to call for the release of the imprisoned leaders of the Green Movement.   This is as there was a comment attributed to another Conservative Activist noting that the the Foreign Minister had made an apparent agreement that Iran would have over the Commander of the Quds Force to the United States.   The Iranian Foreign Minstry Spokemsan threated immediate legal action as the Foreign Minister himself issued a sarcastic resopnse to this conservative activist on his Instagram Page.     It is bound to be interesting.

The G7 And Nato Conference was also quite a sight to be witness to.    The French President made it a point of noting that he was no "push over" as the coverage over German Chancellor Merkel noted over the Week End as she noted that US is no longer a reliable partner made headlines around the World..  President Macron also met with President Putin ostenibnly to celebrate the 300th Anniversary of the visit of Peter the Great--as they had what President Macron deemed frank discussions.    In the meantime, China marched along as she  Launched "Belts and Bolts to resurrect the old Silk Road: 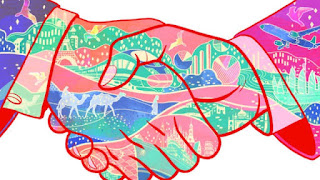 There was the discussions on Climate Change that  President Trump demurred on.     He said he would make a decision on it next week. The frustration by the World was captured by Professor Michael Oppenheimer of Princeton:

"Other countries are going to get sick of us joining in, pulling out, joining in and pulling out and say, 'Are we really going to work with the U.S. on this anymore?'"

The challenge over Russia was underscored by this released by Professor Turley to his Blog over the Memorial Day Week-End: