Notations On Our World (Special Edition): On the #LondonAttack 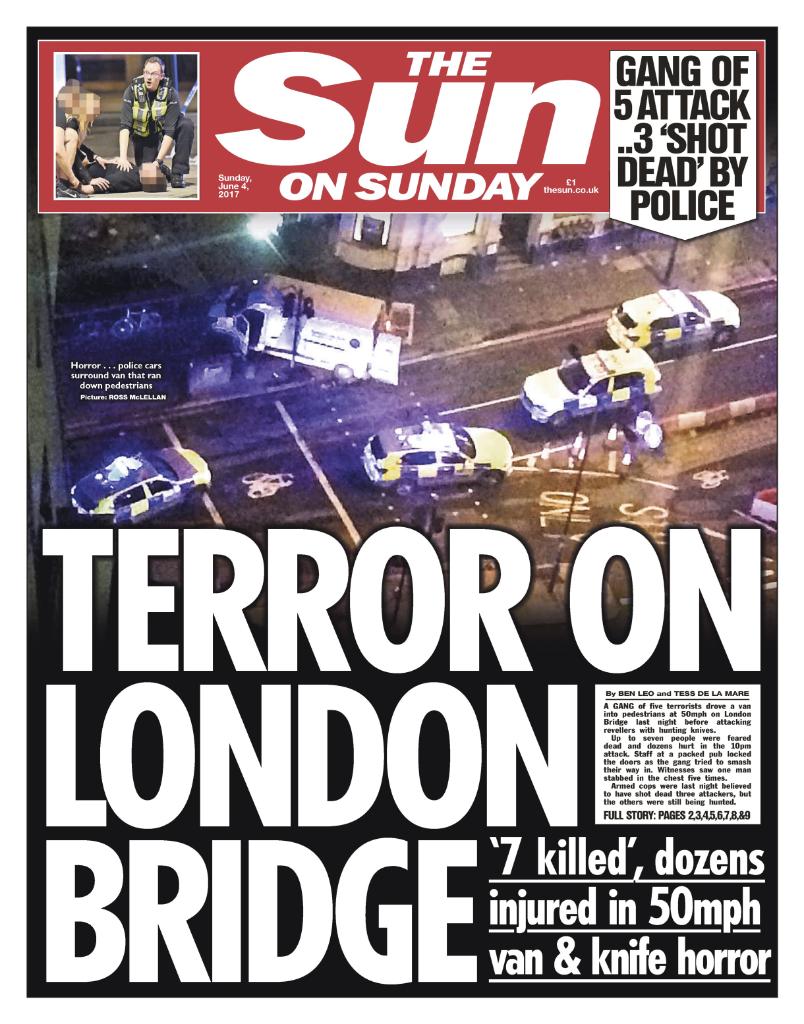 Our team has been monitoring the #LondonAttack.     The developments are on-going and the cordon is continuing to expand.   The UK Prime Minister is due to chair a meeting off the UK Government's COBRA committee (responsible for emergencies--as this is) with the horrific terrorist attacks that have gone on. This headline from the Sun on Sunday captured it all that the Sun released on its' Twitter Feed:


Witnesses have shared stories throughout the night as the Mayor of London issued this statement within the past few hours--Please click here for the latest updates as reported by the BBC--as SkyNews continues live coverage as well: 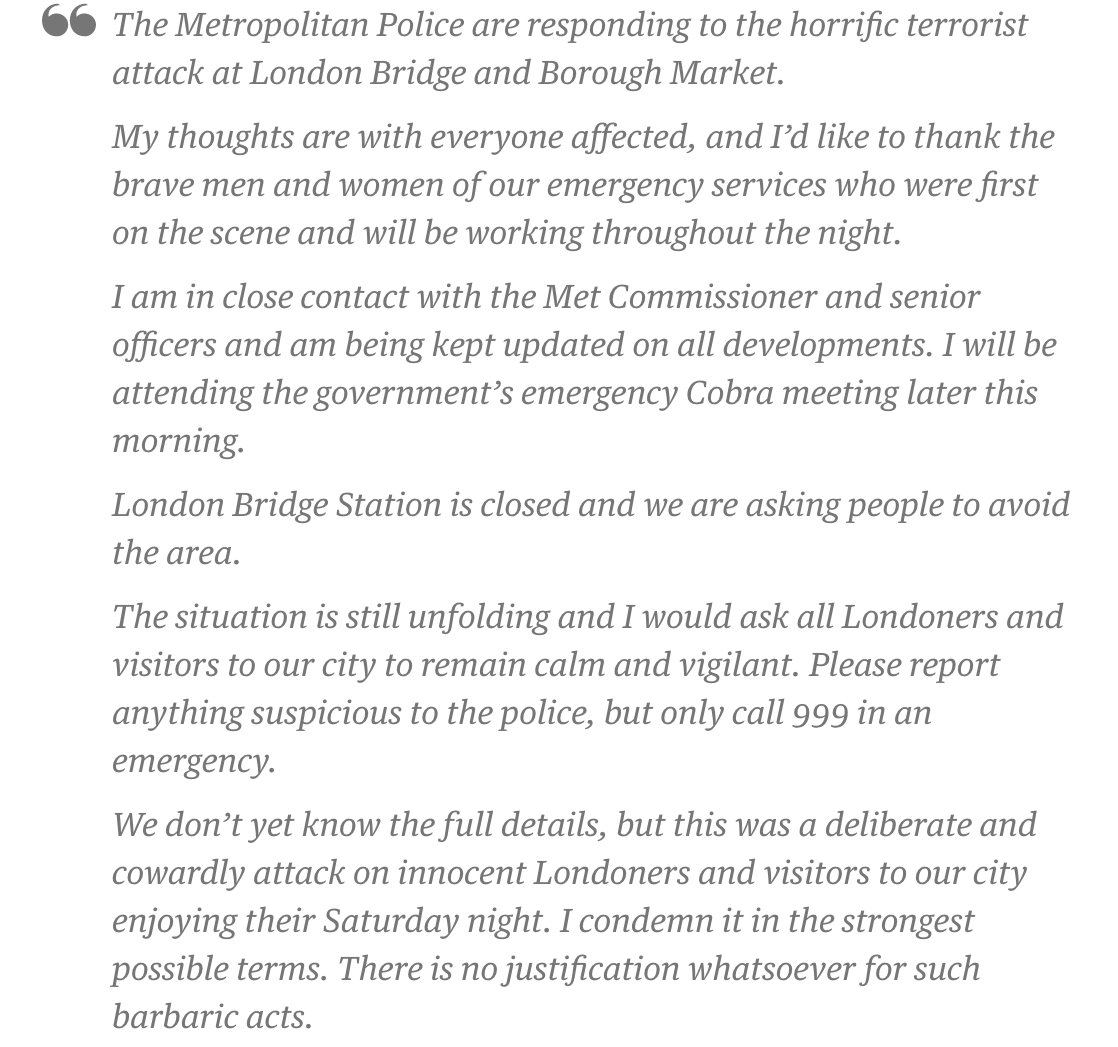 President Trump and Vice President Pence have sent out Tweets underscoring the Support of the United States--although the President earlier sent out a Tweet pushing for his Travel Ban before the Supreme Court which was condemened:  : 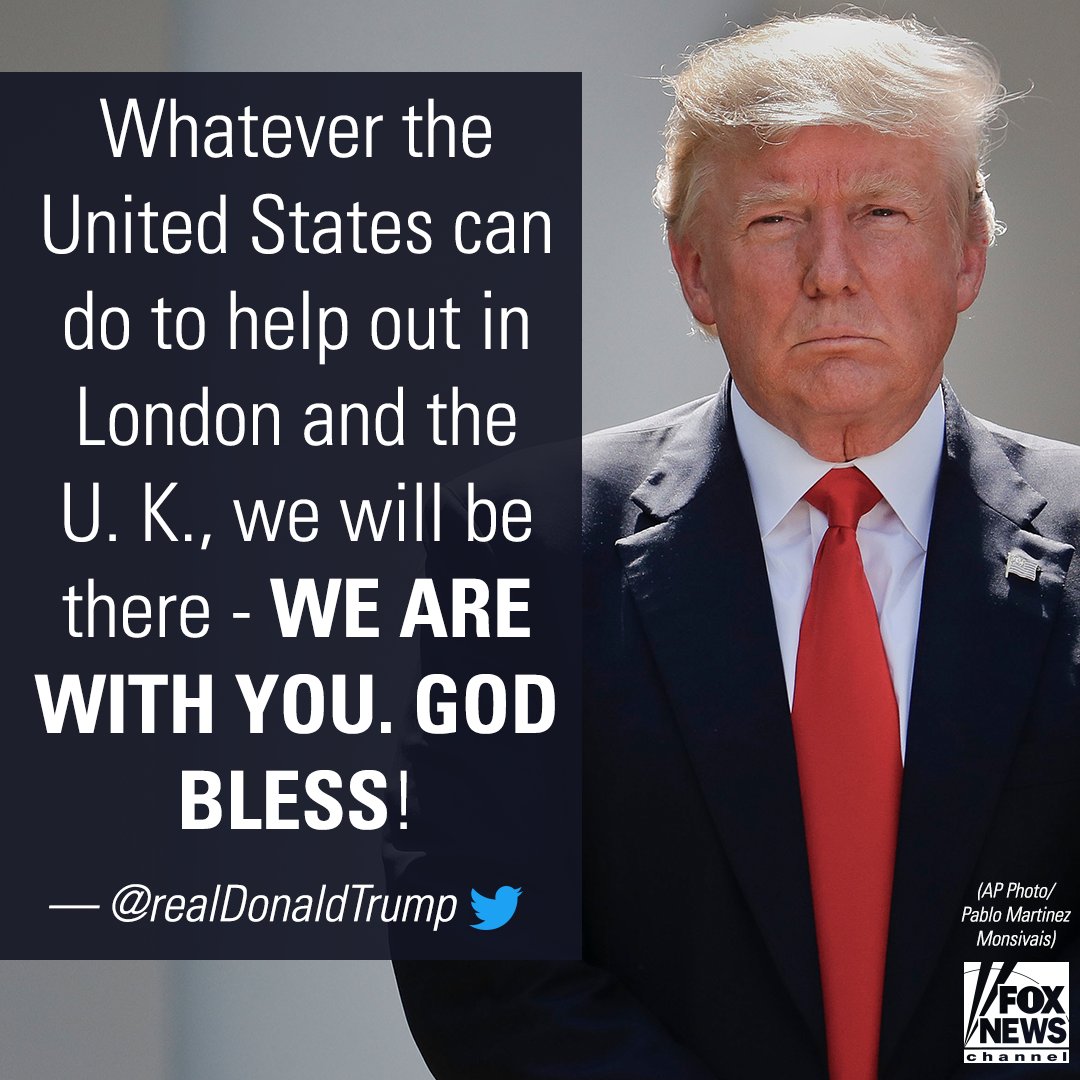 Our thoughts & prayers are w/ the victims, courageous first responders & all the people of London. As President Trump said: WE ARE WITH YOU.
— Vice President Pence (@VP) June 3, 2017